Hold up Imma go way to far into this.

I would make a Waifu with like Rinnegan eyes,

And the power to Shapeshift that way she can look different... and I'll leave it at that. 🐲😐

The monsters out there be strong.

Because someone has to eat those monsters out there. 🐙

Because it's a good thing.

She would be the only one of her kind.

So she won't take to long learning stuff. ☹️

So we don't get 👏 by the universe.

With this I can have the bestest meals all the time.🍝

Her favorite food is Eldritch Delight 🍨 which is made from Eldritch Horrors.🐙

She has to have one defiant power for my namesake.

But with the shapeshifting it matters not. 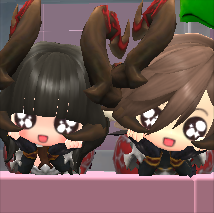 Have fun, till next time.

Well, I would have potion that would give me the ability of absolute mimicry

I’d create either a clone of myself

Or some sort of overpowered demonic creature

Both would be entirely loyal to me