Psionics, like magic, is supernatural phenomena. Thus it should be able to affect beings that distort the laws of the world. So a psychic can kill, exorcise etc astral beings.

The Astral Plane is one that mirrors our material universe, all souls reside in this dimension as there bodies reside in the physical realm, however, Astral Projection is the ability to disconnect from the Physical form in a way and enter the material universe with your soul form, we see this numerous times in Dr.Strange. 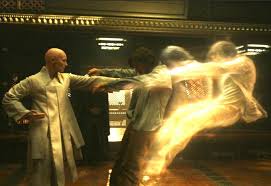 The Ancient one forcefully disconnecting Strange's Astral Form from his physical body.

Astral Beings don't really exist in the Material Universe as Psionic energy is based, it all depends on the universe but normally Psychic energy is meant to affect stuff in real space but is entirely possible to have it attack the soul, Astral beings etc.

After all, Psionic energy/might is normally channeled from a parent dimension, we are just seeing various degrees of channeling skill. 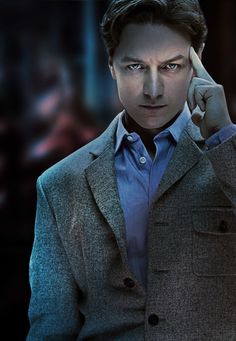 Charls does this by placing his hand on his temple, this acts as a focai to channel his power.