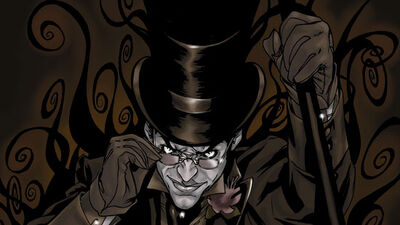 Oh, Now don't go making that face. I did get my power stolen, really I did. But the power I lost I cannot make yours. My power is Black.Ichibē Hyōsube (Bleach) I have seen the night torn into thin darkling strips and woven into shapes too bleak for dreams.Crovax (Strands of Night, Magic: The... 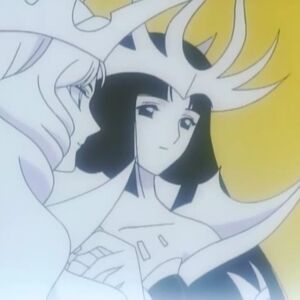 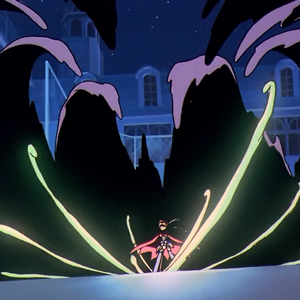 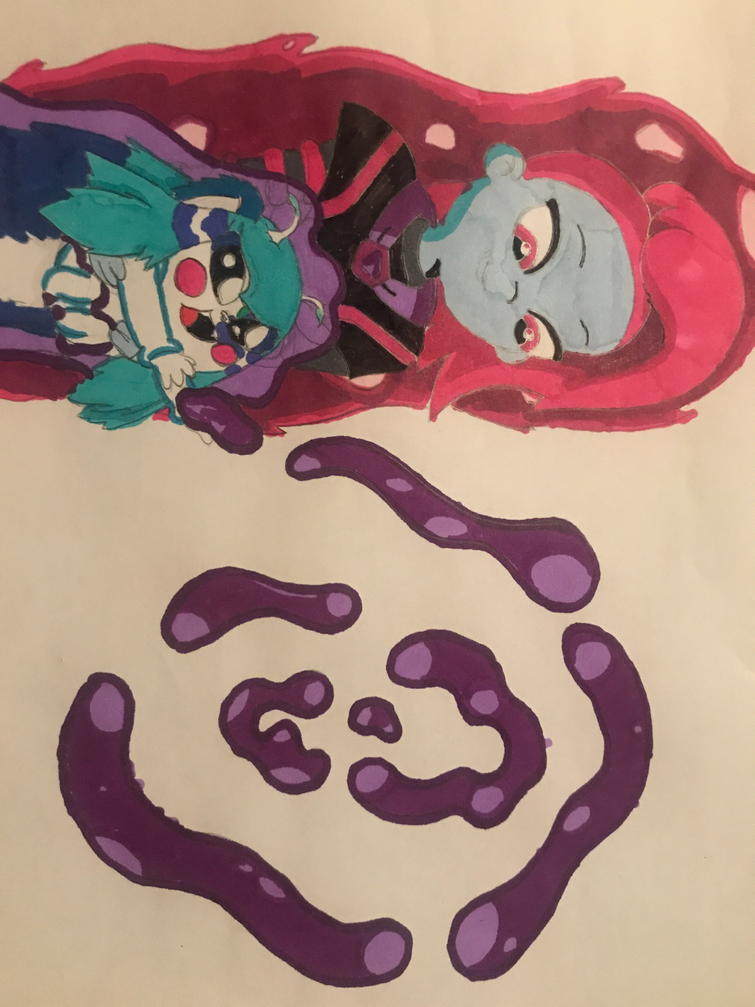 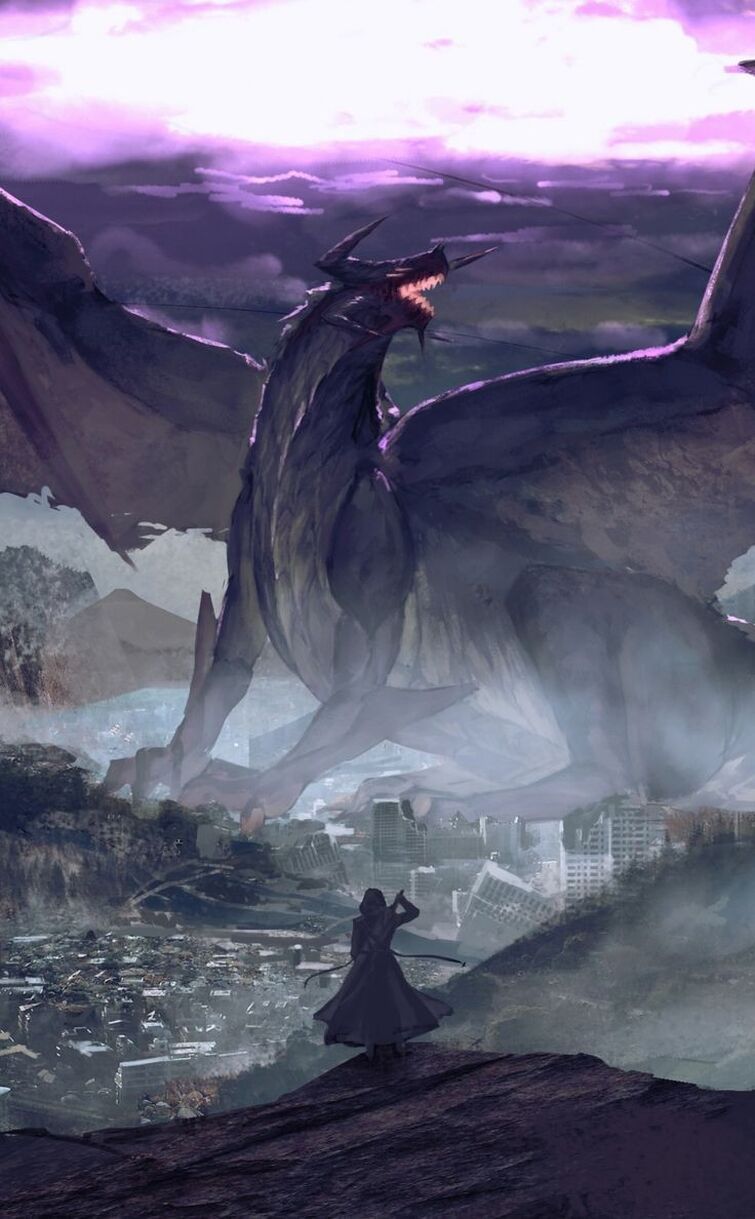 So one day you woke up and everything had changed, the world as you know it has changed. You look behind the curtains through the windows and see that nature has taken over some random houses and areas in your neighborhood, of course, that wasn't the only thing. Animals, monsters, creatures that you hadn't seen before were roaming around everywhere in the world. The creatures are indeed terrifying and horrifying looking, you could hear insane screams from outside. Goblin, ogres/orcs, hydras, lizardmen, undead soldiers, zombies, chimeras, griffins, Phoenix, unicorns, cyclops, golfers, minotaurs, giants, even daemons and demons, etc. Also, some myths that were believed to be human imagination weren't just myths. So God knew this was too much for humanity. So he decided to let 98% of people get awakened abilities. But the thing is not all the abilities were powerful enough to handle the situation as there were also people who took the chance to be evil, the governments also built some bases and had the awakened soldiers watching out, the powerful ones among people also built groups and bases. You died and your soul woke up in your mind (Palace/mansion/castle)... You saw a sparkling golden light right after you woke up and it started moving so you followed it until you reached a giant gate the light passes through the door once your hand touched the door it automatically opened. In that huge room behind the door was a throne where your https://powerlisting.fandom.Com/wiki/Inner_Being was sitting in the throne he/she looked exactly like you but the only difference is He/She was a perfected version of you (They can do everything that you aren't able to do and can perfectly do things better than you, the giant gate behind you closed and suddenly dozens of sparkling lights appeared all over and around you shining bright with all sorts of colors"You're Inner being told you that because of your knowledge of many powers and desires for it, plus already knowing how you would want to use them, most powers have been attracted to you and since you have died," You will wake up looking exactly like your Inner Being(just like how you have always wanted to look like) and will have all the powers you need as long as you accept them and you will need a second name.

What is your second name?

What is your alias?

What are the powers you awakened?

If you have a weapon, how does it look like?

If you will have a base/home etc of your own what will it look like?

How will you use your powers?

Will you be good or bad?

What will you do?

What is your biggest flex?

So for a while now I've been writing stories but I've been working on one story that I think is very interesting.

Okay so I wanted to make a story about what came after god and who has the original Supreme being, so I (I know everyone is not going to like this part ) the creator of absolute omnipotence is a omnivastances being . Then the story is about the creation of both the true Supreme and the creation of all verses.

Then the story starts off with this , the it continues like this the true Supreme being desires his creator's power and title so he creates a nigh-omnipotent army from the various forms of religion. But before beginning to battle his creator splits himself into two separate beings that fell down into creation and gaining the appearance of human beings

So after those years these so called "brothers" lived a normal life but one started to gain powers and because of that the true Supreme being sense him and made his army find and kill them. So they killed one brother comes out okay but others dies and transfers his power to him without him realizes it, after that the brother becomes a mercenary and looks a life very coldly until he finds a mortal half breed that he slowly falls in love with until the gods find him and demand the power he has deep within him, they spend him to the void beyond creation and torture him until he breaks, he almost does until he remembers the girl he loves and breaks free and finds that they killed her .

Numb with hatred and rage he vows to kill every god throughout the totality of creation to come before and after it and to strike down the true Supreme being and the idea of gods.

So if their is anything that you want me to edit or fix let me know , and what do you think of the story so far .

List of Supernatural Powers and AbilitiesOmnipotenceDarkness ManipulationList of Kinetic Abilities

I am trying to create a dark story for a character that at first is very weak but then something horrible happend to him and becomes crazy powerful but I don’t have any idea of what power should I give him because I also want something more original not just telekinesis or teleportation. Any suggestions?

How strong do you have to be in order to punch or kick someone back in time... Like from now to the dinosaur ages? I need to know how strong that is🤔🤔

If you had powers what would it be? Will you be a superhero or supervillain? (No god tier powers no Reality warping Nd no Omni)

ⁿᵉʷ ᶠᵒʳᵐˢ ᵗᵒ ᶠⁱˡˡ ʰᵃ! This is a challenge as to who can answer the questions more beautifully and as much as possible [Don't expect any rewards maybe God will reward you depending on your answers] Put much work into it 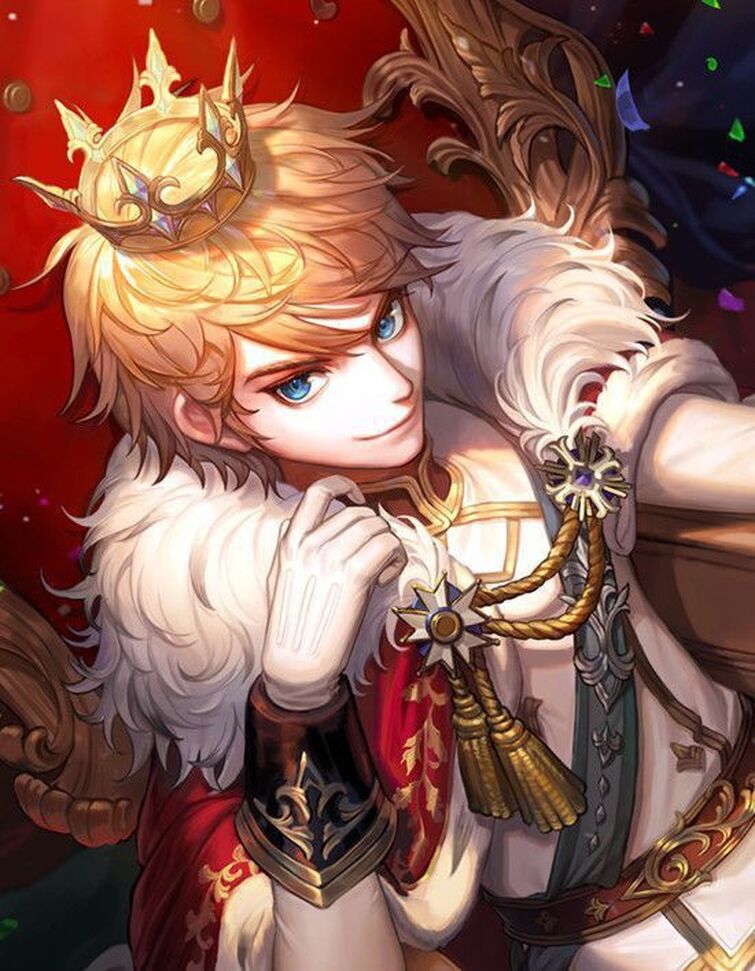 Ok, so an insanely powerful being. Came down to you and said you can choose 5 physiology, and 5 powers of your choice from [powerlisting] that aren't physiology. But you can't be powerful to the point where you can create universes and galaxies know that there is already an omnipotent God. Don't forget to maintain balance no matter how good or evil you want to be remember balance.

I will allow pictures/images... go full power even over 9000!!! I don't mind. Any no-nonsense will be deleted

❌You're limited at Nigh-Omnipotent❌

And forgive my spelling mistake

You can be op just don't go overboard

If everything is too overwhelming for you to answer just answer as much as you can...and leave the rest you're not interested in 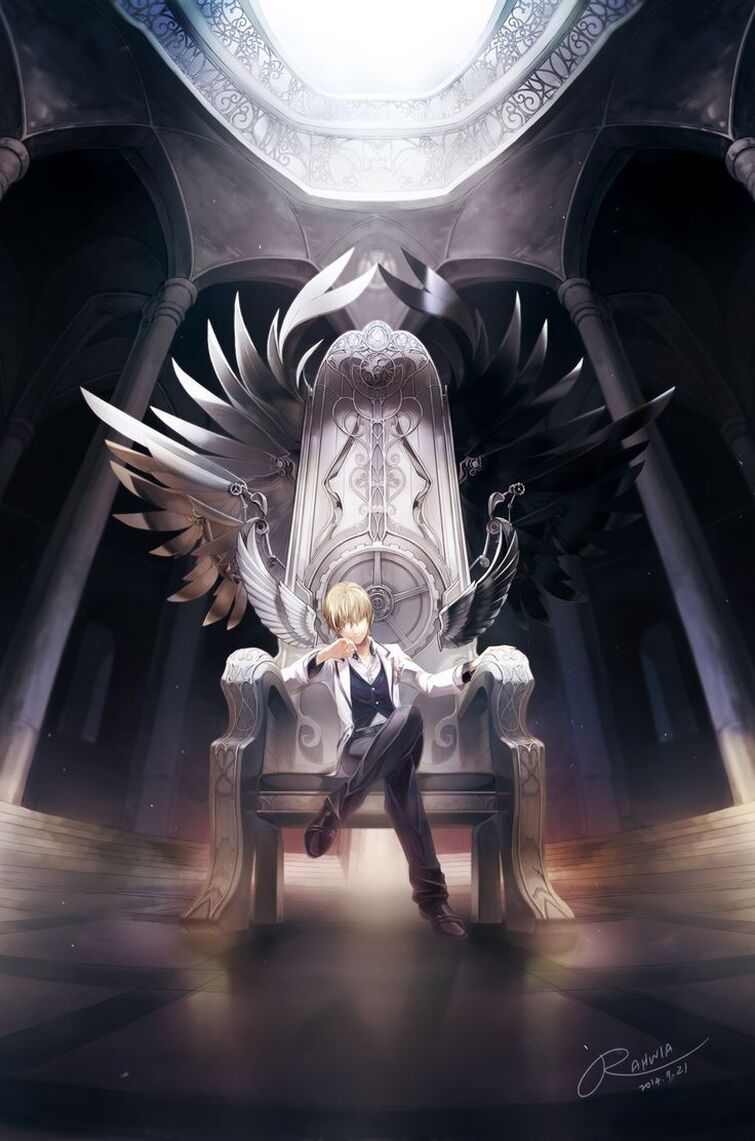 ~Remember to be imaginative, creative, designful I want to see your beautiful world that is hidden deep inside your mind... I prefer images most but if you insist on using words only I won't mind and I thank all those who replied to my last post I appreciate your work it wonderful and I enjoyed it~

can darkness manipulation increase strength,speed and durability? And if so How? And how strong could u get physically? 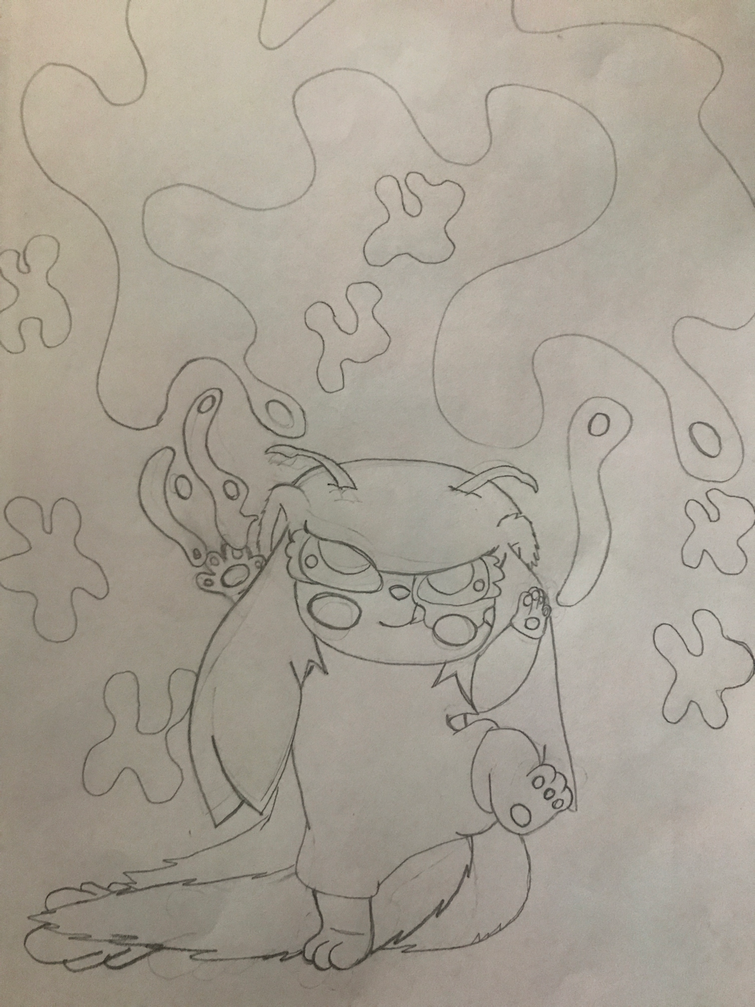 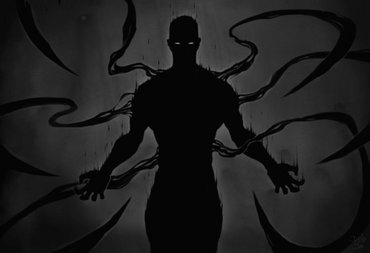 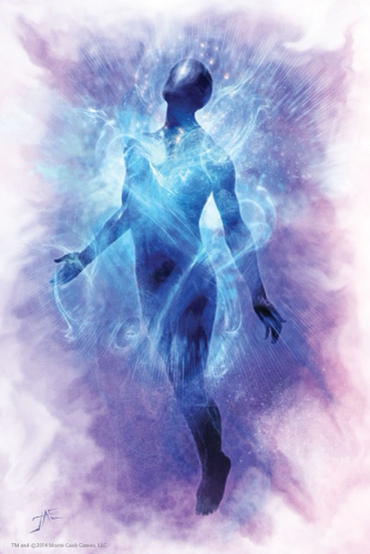 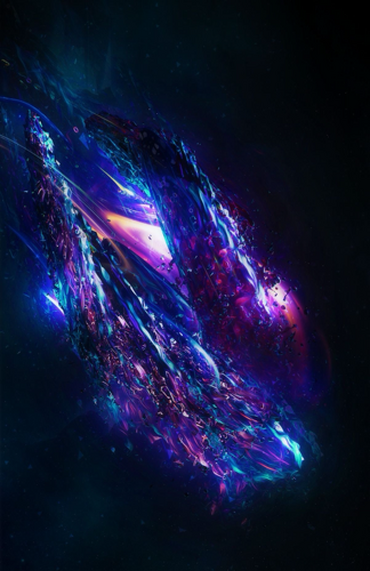 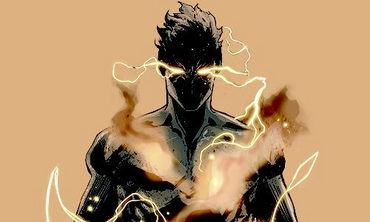 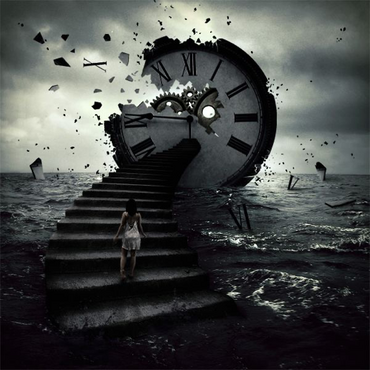 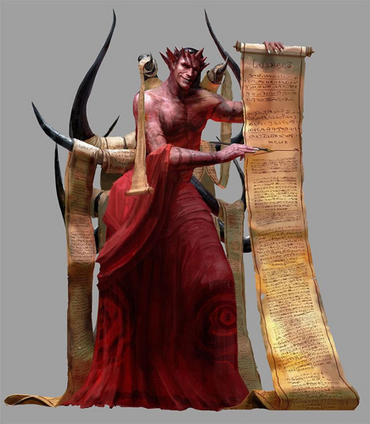 I've made a power call Trait: Pseudo Magic which then turned into Pusedo Magic & which by a kind & caring fellow user named Dragon Fox-7 actually went out of his way to mix my original power (Esotery) without me asking. Necrotifice says this power makes no sense & is trying to get rid of it.

Here's the definition of the power: Users wield a esoteric and enigmatic power system that works nearly similar to "magic", but it is by no means nothing of the sort, granting semi-magic like qualities such as spell casting but it’s comes from their own source of power that they channels like actual magic but it’s not. Due to it not being true magic, users may not be at the mercy of the usual draw backs of a user of of true magic. They may have their own universe's equivalent or non at all.

Here are the users:

Here's the trivia (aka the explanations):

Definition of Sith Magic: Traditionally, Sith magic, also known as Sith sorcery, was an arcane expression of Force ability first developed and practiced by the original Sith species through which they manipulated the power of the dark side.

Here's my case against Necrotifice:

“The ability to possess a power system ambiguously resembling to magic .”. The missing requirement is that no concise ability is stated, right? (please correct me if i misunderstand). If so, here’s where you’re misunderstanding: you seem to see only in black and white. This power, I’m afraid, is not. The power *is* concise in that it refers to all abilities where the user has powers that appear or are labeled magic but they do not check the box. The Superpower wiki itself states true magic is, ” The user has access to magic, the use of rituals, symbols, actions, gestures, language, etc. Further more, magic is fueled/exists due to mana (the energy that is used to form magic - defenition from the Superpower wiki); however none of my user abide by the fundamental law by no means in any form or fashion. If the power isn’t based on Mana, then the power isn’t Magic. So I get it if it’s a tad confusion to you, but the power itself it is not imprecise. If you need further clarification please don’t hesitate to contact me, but I would really like for my page to stay up.

Please help the page stay up! 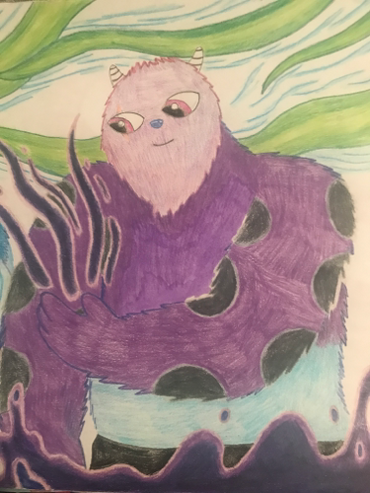 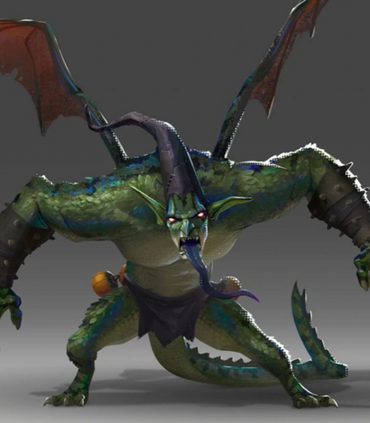 Hello fellow fandom users. I have created a series of pages.

Transcendent Esper is marked for deletion for some reason I I need help to stop it. I feel that the idea behind it is like that of Transcendent Mage Physiology

I will admit is a little poorly written & Im still fixing that.

Basically what I'm trying to say is can you guys help add information to Transcendent Esper Physiology to make it not be deleted? & Could you help differentiate between Psychic Human Physiology & Esper Physiology