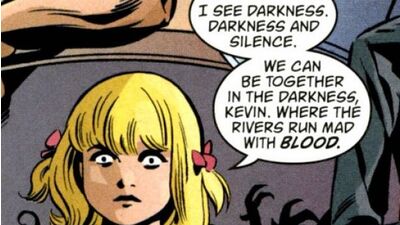 The ability to become the embodiment of horror. Variation of Genre Embodiment. Not to be confused with Fear Embodiment. 1 Also Called 2 Capabilities 3 Applications 4 Associations 5 Limitations 6 Known Users 7 Gallery Horror Incarnate/Personification The Essence of Horror The Horrifying Users... 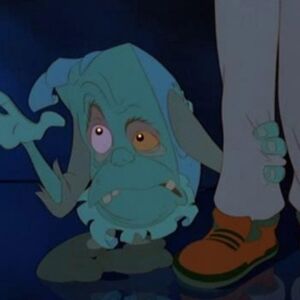 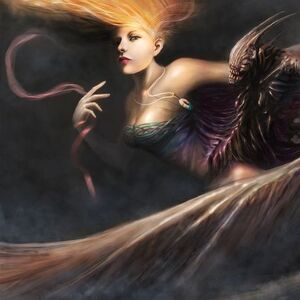 The ability to project a black ball from one's hands which release a swarm of bats at the selected targets.

The ability to manipulate blood with darkness properties.

What are the pros and cons of being immune to both fear and pain?

What if the character is half angel and half demon?

For @GuidoMista7 @Agent Facultas and @NyxGeminio (More People will be added later).

•Use “ for character speaking

•Use ‘ or / for character thought

•Use * for character action

•Use ( for speaking out of the RP

You wake up in dark abandoned coliseum on top of an old bloody bed. The roof is broken and rotten away. You don’t remember much about what happened before you were suddenly unconscious.

For @NyxGeminio and @PanthressTheGuardian (more people will be added later.)

•Use “ for character speaking

•Use ‘ or / for character thought

•Use * for character action

•Use ( for speaking out of the RP

You walk up to the door of Apartment 1520. You know and remember the curse in the room. You have your phone on you just in case.

Inspired by @NyxGeminio ’s The Curse RP that I’m in along with @ItsMahvelbaby .

Ten years ago, Simone “Hyku” Henry Wattson was found dead in her apartment in New York City. Police have found that a breaking-and-entering had been done the night before she was found. A few days after, an Incubus named Quince was found hanging in the storage closet. His body was not able to be recovered and was left to “rot”. No arrests have been made.

Two years later, Eli, Web, Veevee, Karmin and Lola were found dead in their apartment that was across from Simone’s/Hyku’s and Quince’s apartment. The cases have not been closed since.

Now, legends have spoke of Simone/Hyku and Quince haunting the apartment, It’s said that anyone who enters their apartment dies within hours of leaving it. All the deaths are by different tactics; hanging, intoxication, gun wound, etc.

You—A human investigator with years of supernatural experiences and a very strong belief of it—are now tasked with finding out the mystery. Once and for all.

Fill this out. Don’t change your species at all:

Power (Either Sensing, Seeing, or Speaking):

•You may only have one of these powers. Nothing else.

•Sensing: The ability to only sense The Reckless Devils’ presences.

•Seeing: The ability to only see The Reckless Devils

•Speaking: The ability to only speak to and understand The Reckless Devils.

Your character must fully believe in the supernatural! Otherwise, I won’t accept your character!

Happy Halloween! It’s time to share your horror OCs! They can be any species, and they don’t have to have any weaknesses! They can even be OP, as long as it’s something to do with Horror, Fear, Death or anything else that’s creepy/scary.

Imagine yourself in horror land and you have super powers What will you do with them?

Would you use your powers to...