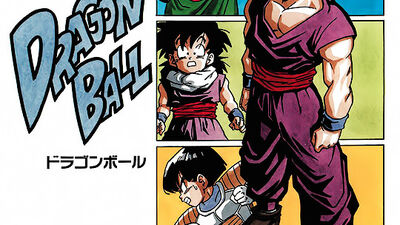 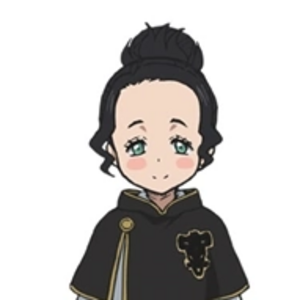 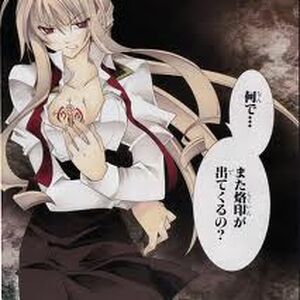 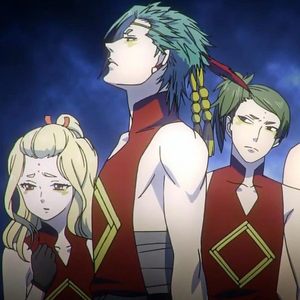 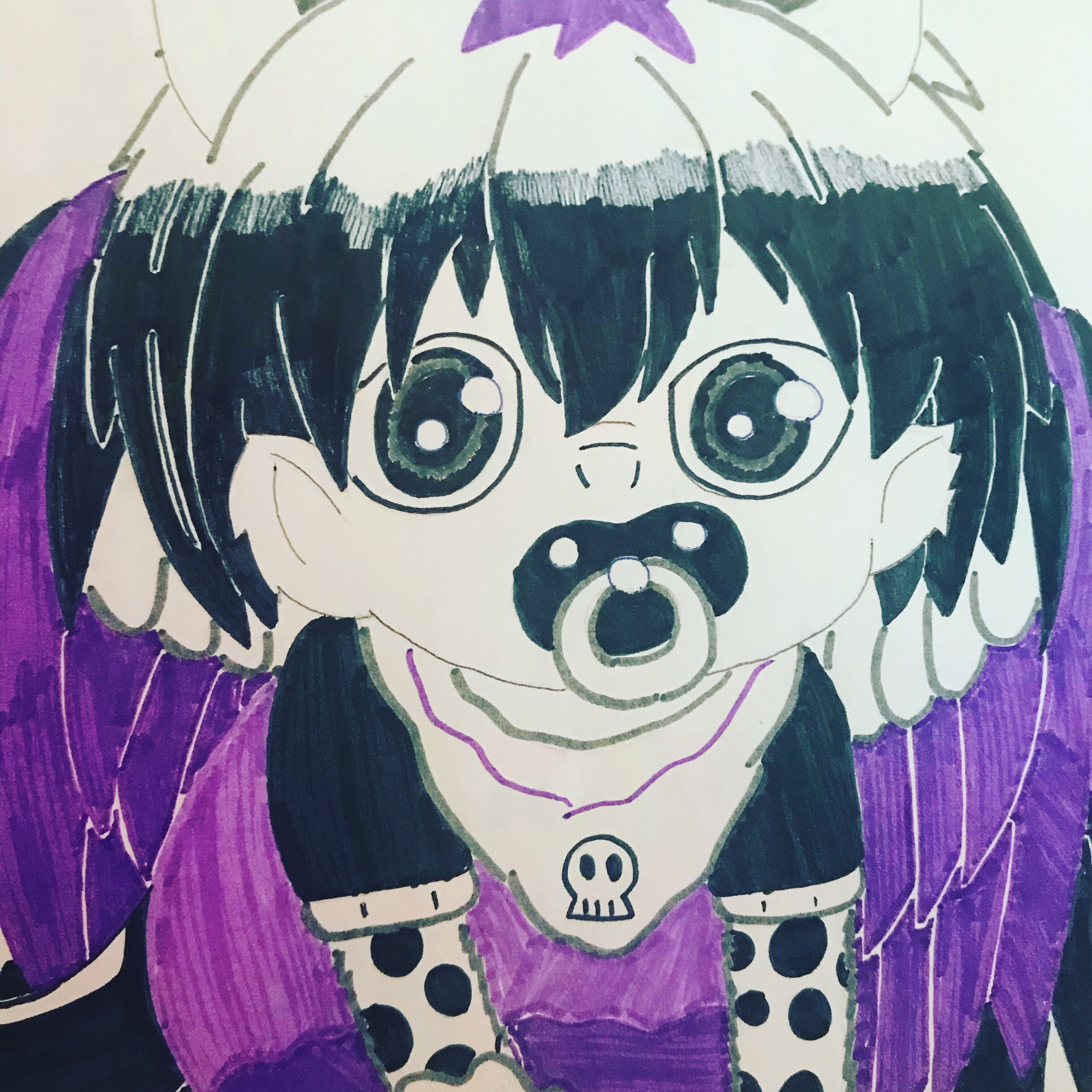 In this RP, you will choose between being a Light Witch or a Dark Witch. Please have powers according to your choice. If you are Light, don't choose Umbrakinesis or Dark Arts. And the same goes for Dark.

Here's the setting: The city of Oxglen was built in a seemingly endless desert and is truly a contemporary display of wonder. Its beauty is matched by the backdrop of clear blue skies which have helped shape the city to what it is today.The climate these skies brought were of great importance, but they were also influential when it came to architectural designs as the vast majority of buildings have been built to great heights, as if to try and reach the blue skies above them.The skyline is spreading with towering skyscrapers and they seem to be reaching higher and higher each year. Trade is at an all time high in Oxglen and it has attracted a lot of attention. Countless cultures have left their mark not just on education, but also upon the city's identity. What historically was a city of little diversity has grown into a new culture of variety and it's this that unites the 12 million people to this day. It's this multicultural identity that has truly left its mark. Hundreds of clubs, sandwich bars and concession stands offer a plethora of culinary choices and those who feel hungry for something else can enjoy photography, water sports, adventure sports or one of the many other recreational venues.

There's a school for Witches and it's a Castle: Twelve broad, round towers piercing the sky are the first you'll see of this castle and are connected by towering, wide walls made of dark grey stone. Ornate windows are scattered generously across the walls in an asymmetric pattern, along with same-sized holes for archers and artillery. A huge gate with colossal wooden doors, a draw bridge and various artillery equipment guards the only entrance to the castle build at the edges of a shoreline and it's the only way in, at least to those unfamiliar with the castle and its surroundings. Various large houses are scattered outside the castle gates, surprisingly the rich are comfortable with living outside the gates as well. This castle doesn't show signs of decay after being around for ages, but its inhabitants are determined to repair any weaknesses to make sure this castle will be around for ages to come.

Species (Light or Dark or Human):

So for power levels, nothing is OP, Meta, Omni*, Transcendent*, Ascendant*.

*Ascendent- Basically the same as Transcendent

If I catch you cheating, you're out.

If I catch you manipulating other characters, you're out.

If you have a problem and take to whining, I'll report you and you're out.

If you start talking badly about my RP, you're out and that'll also be a report.

If you have a problem with the rules and you don't tell me, you're out. I like when people are open about their opinions.

Don't come up in my RP starting drama/mess. I don't have time for that.

Don't come for me and I'm the RP creator, I'll kick you out/report you.

I know it seems like a lot of rules, but they're easy to follow. I promise. Do what you would normally do.

IF I IGNORE YOUR CHARACTER, ASK ME WHY AND DON'T GET MAD. I'VE HAD PEOPLE HARASS ME BECAUSE OF IT AND I'M THE WRONG ONE. I'LL HURT YOUR FEELINGS....

If you want, you may have up to three different Physiologies. The downside to it is that you cannot merge Dark and Light in any form. (Ex. Light Witch-Demon-Cat tribrid. You will only have the Cat part because Light and Dark go against each other.)

Spellbound: The Roleplay | FandomYou'll start in the city at a designated hotspot…powerlisting.fandom.com

One day you find out you're demi-god after you suddenly develop abilities. It is revealed that your parent gave up their godhood for you but they were still a god when you were "created" and passed their powers down to you. (It can be any god from any mythology as long as they are considered a god in some capacity. Like Titans for example would be okay)

Which god or goddess is it:

What powers did you inherit:

What will you do with these powers:

Which god or goddess is it: The Titan Atlas

What powers did you inherit: I inherited my fathers god-like strength, durability, and endurance. Along with immortality and high speed regeneration.

What will you do with these powers: I would use them to battle rouge gods/goddesses, meet other demi-gods, and become some sort of (anti-)hero for hire.

If you transcended into a TSH, what other physiology would you implement into yourself?

You wake up one day and discover your biological parents aren't human, they are from two diferent races. So you are an hybrid of these two races.

Which races are you an hybrid of? Discover clicking on this link two times

They turn vehicles into savage beasts

Do you think a character that is an hybrid of Bee Physiology and Spider Physiology would be cool? Like obtaining spider powers (wall crawling, web generation, limb regrowth...) and bee powers (stinger protusion, poison generation, vibration emmision...)

You wake up in another world after a night of drinking and discover that your body has been changed and magic is now real and you have a magical weapon. You faintly remember bumping into a woman on your way home from the bar and telling her how much our world sucks. After you two flirt back and forth for awhile she says she could send you somewhere else, you won't be the same but you would have a purpose. You agree. What do you tell her?

What hybrid physiology are you?

What powers does that physiology give you?

What type of magic do you specialize in?

What is your new appearance?

What is your new magic weapon ?

What can your weapon do?

What are your weaknesses?

And type of person would you become?

Nothing too OP. No omni, meta, almighty, absolute powers or physiology. Nigh-Omnipotent is allowed but it needs a weakness

Cloud and her family 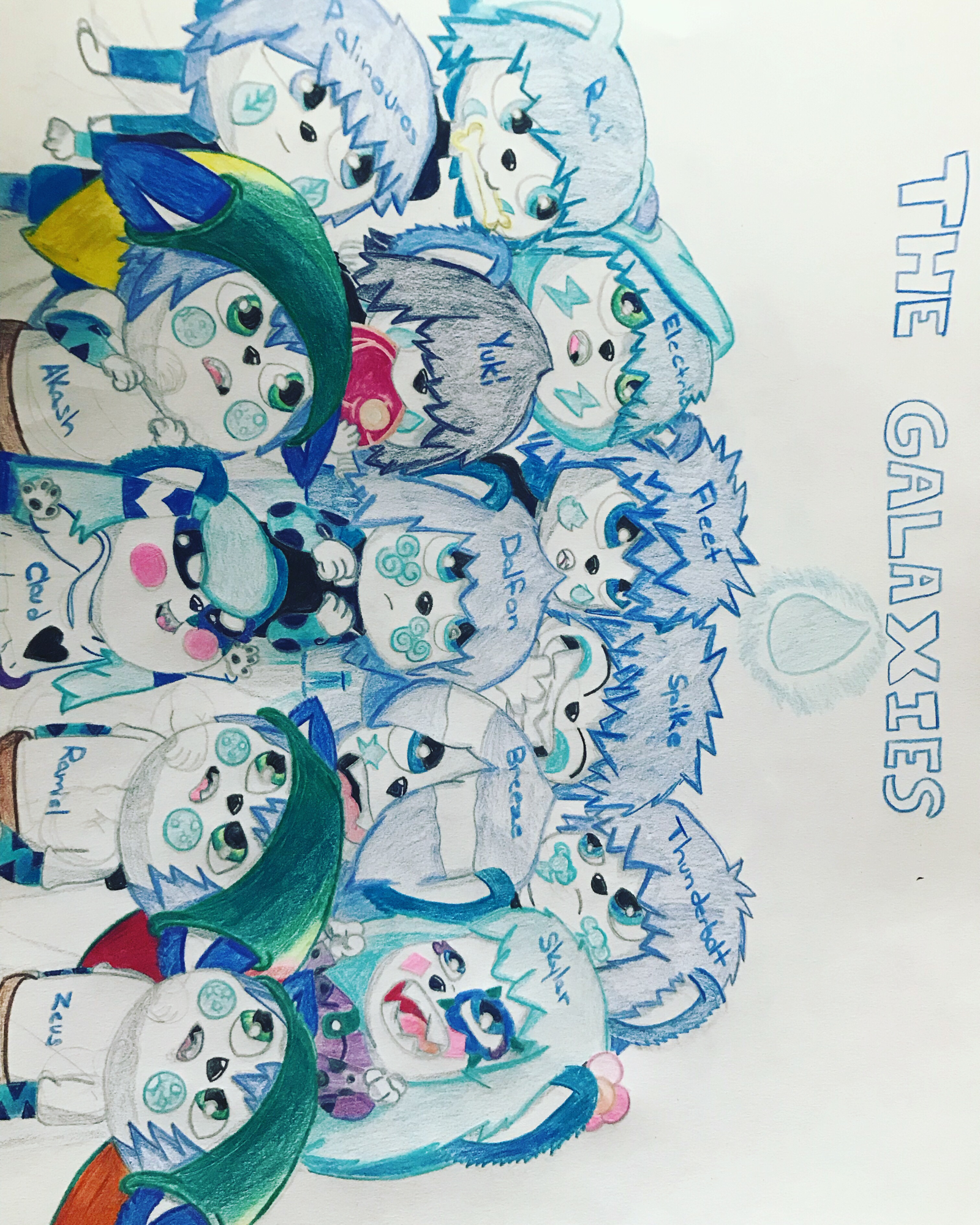 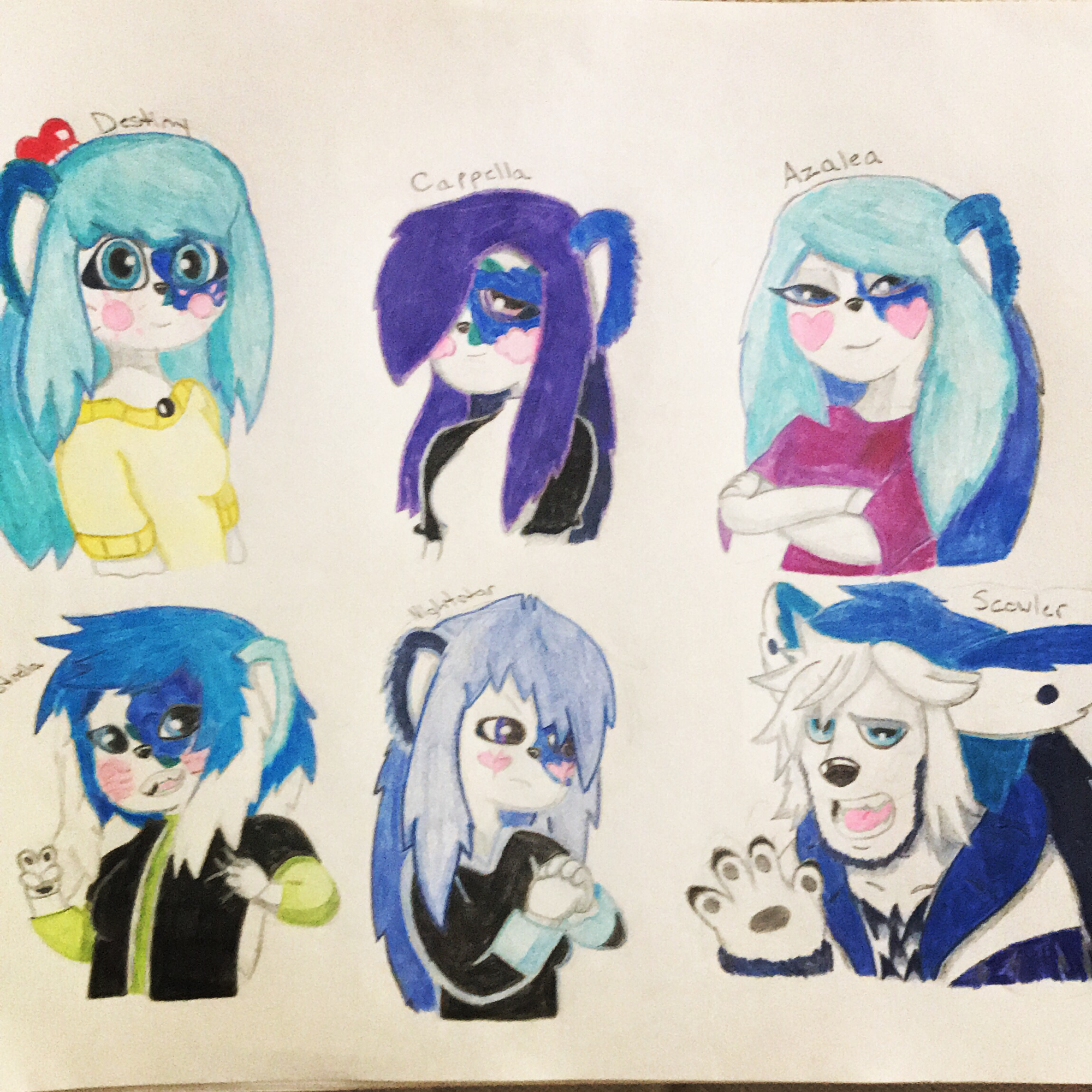 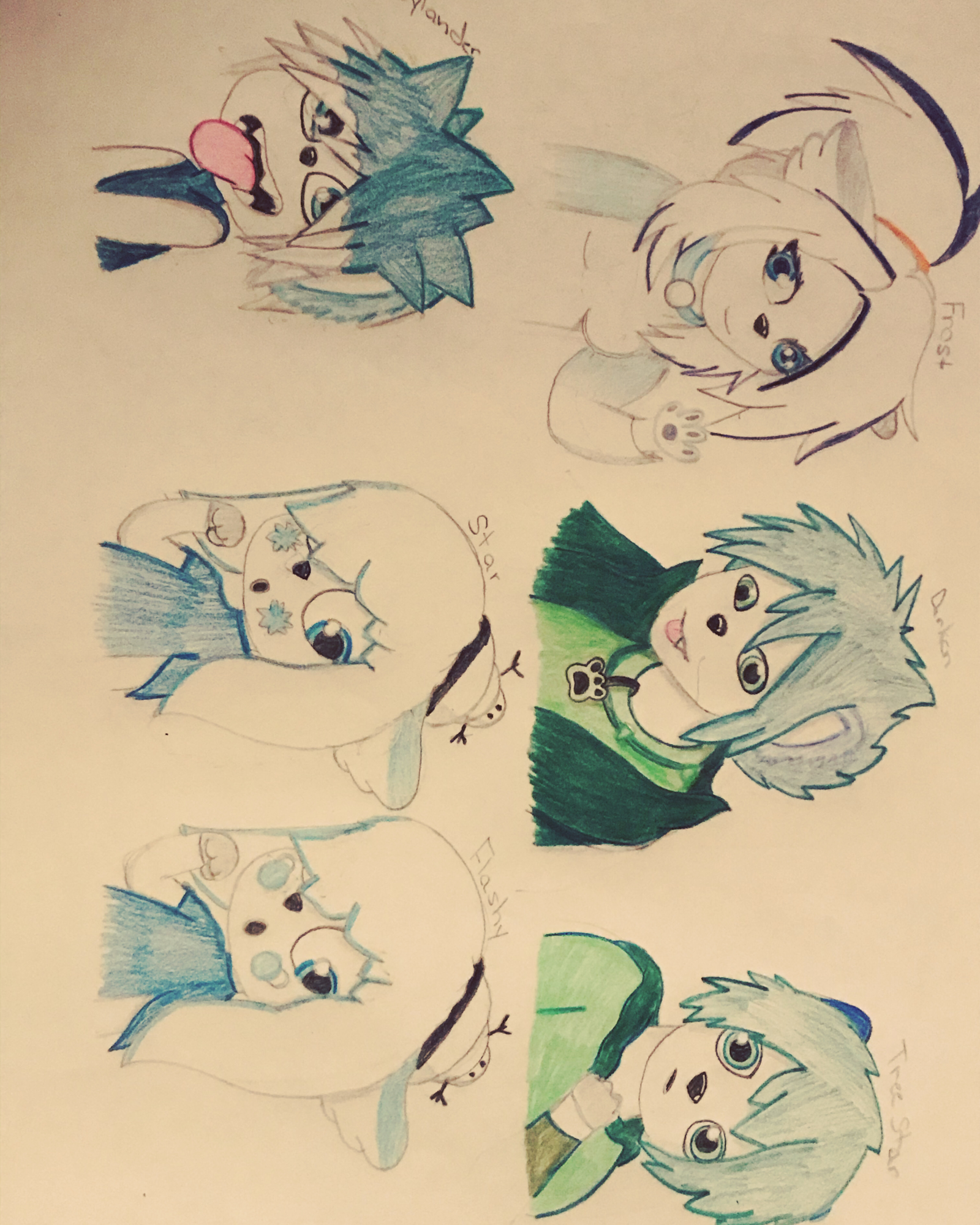 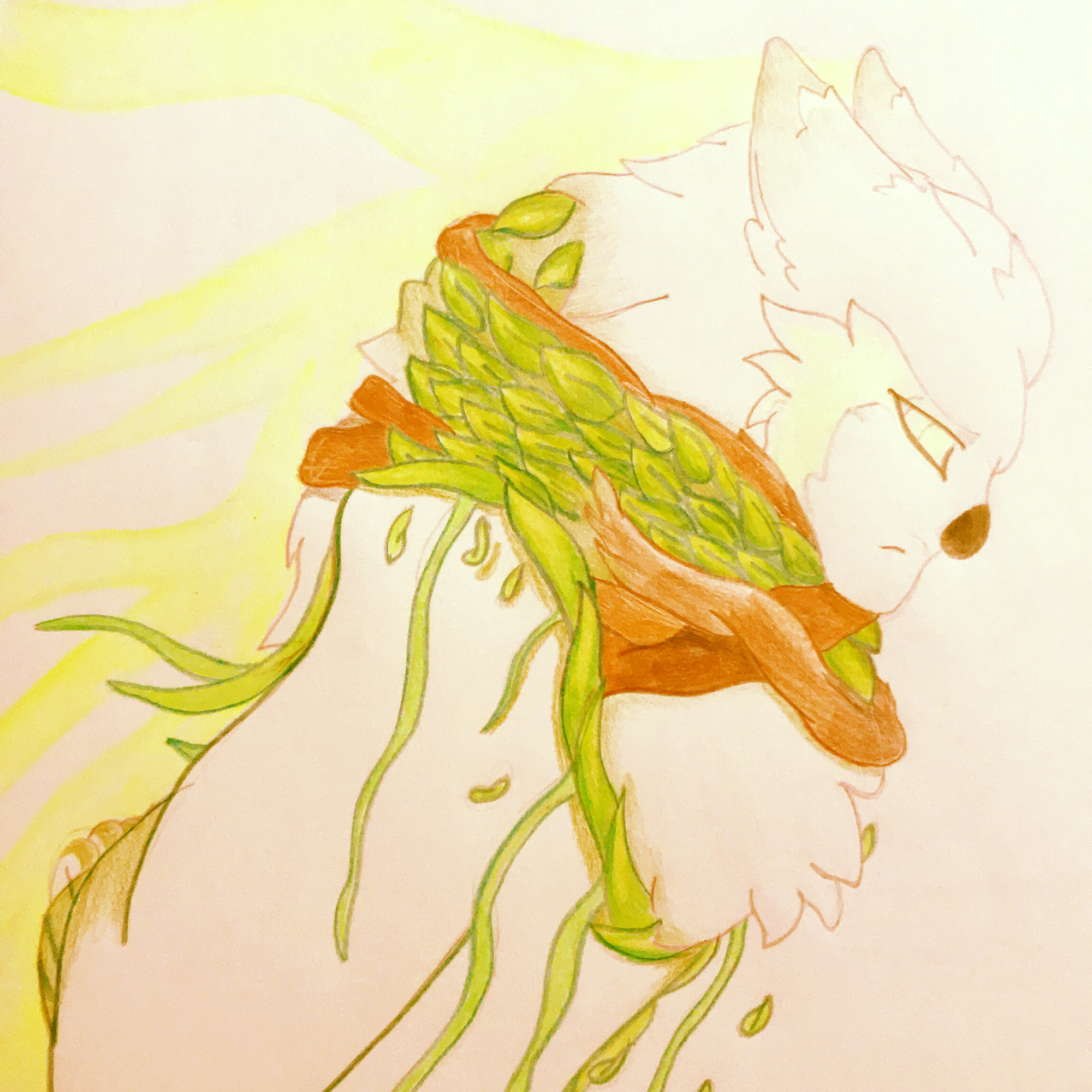 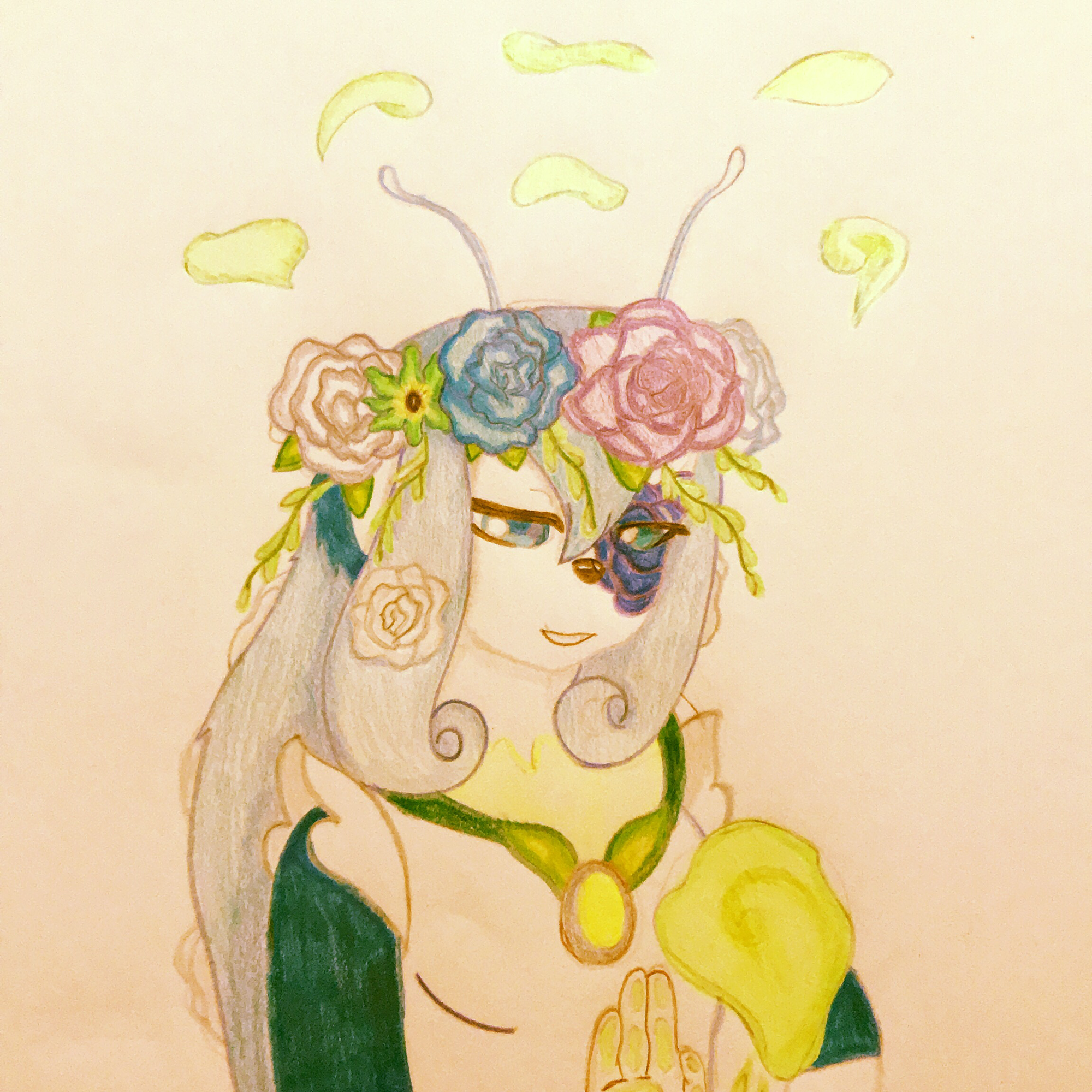 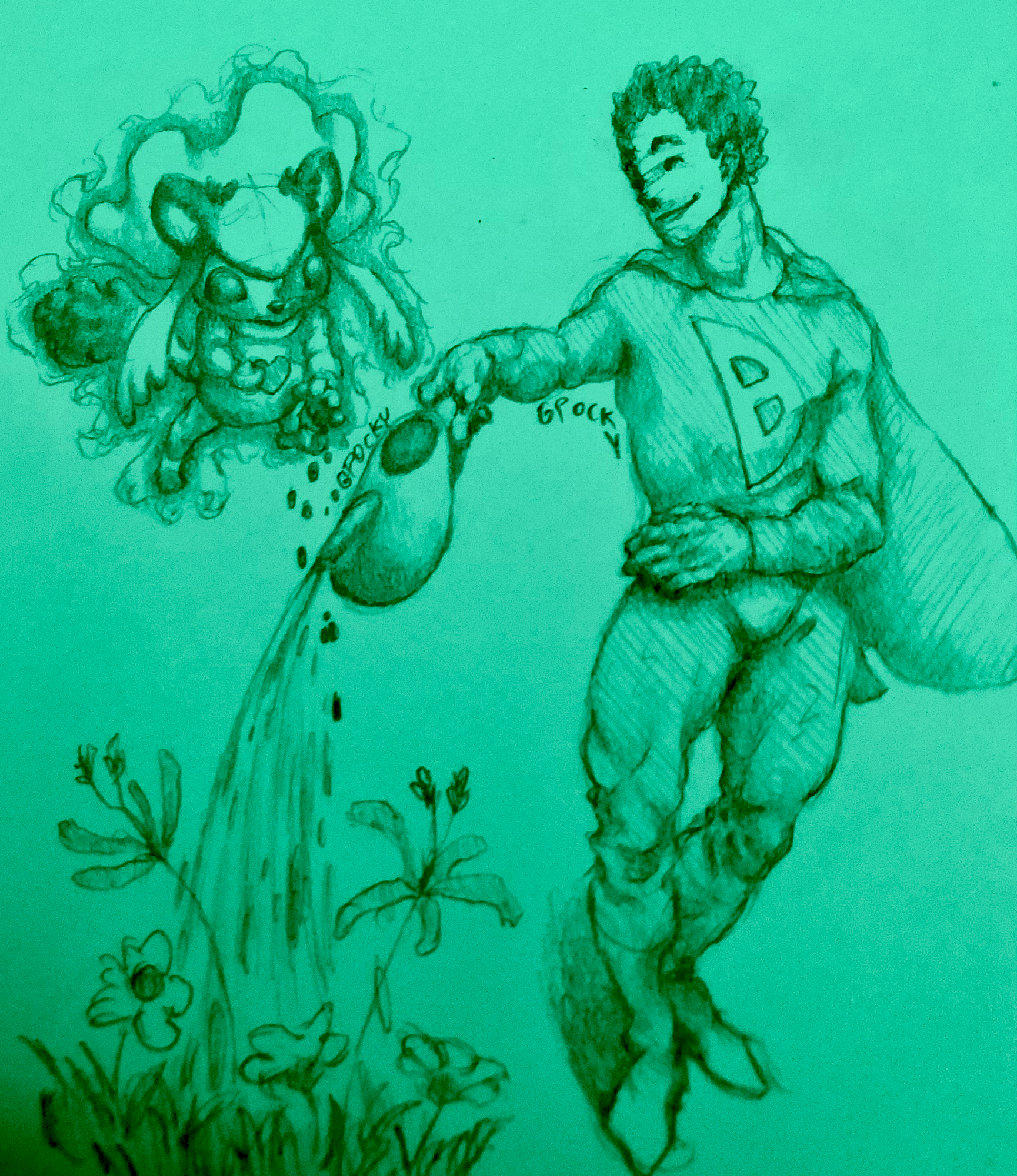 Aside from saving dogs from trees, stopping evil schemes, and aiding pedestrians across inconvenient hardships, Derek enjoys the time he has with a little, peculiar friend he made just a year apart from his heroic debut. It was an unforeseen encounter with a family of apparitions and mythical beasts, warmly dedicated to the preservation and improvement of nature. A powerful infant frolics among them, Cloud. She gained a liking for Derek right away. Perhaps, the nature spirit sensed a great good inside Earth’s dependable Boy Scout; if that is so, then Derek can read the exact same in Cloud.

I gained permission from the original artist.

I decided that it was about time to do a character sharing poll! This time, the theme is Witches, Warlocks, Mages, Half-Mages, Half-Warlocks and Half-Witches, since it is almost Halloween anyways.

There’s only one rule: the character that your share must either be a Witch, a Warlock, a Mage, a Half-Mage, a Half-Warlock or a Half-Witch

There are no power/ability restrictions and/or weakness requirements, so go nuts!

Have fun, and Happy Halloween! 🎃 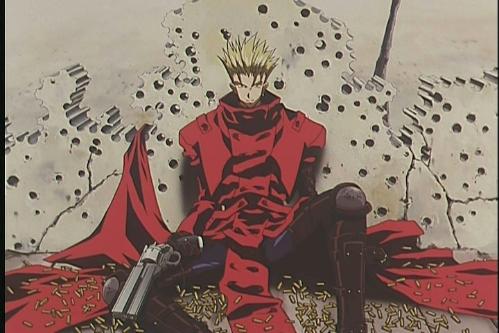 Here are some restrictions:

You are reincarnated as the result of two races breeding with each other, being a Hybrid of both. Your choices and natural traits are...

Which one will you choose? How would you use your powers?