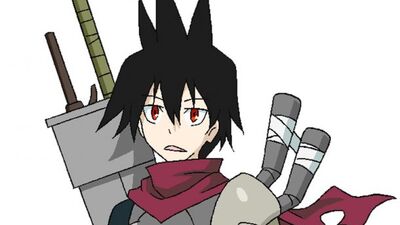 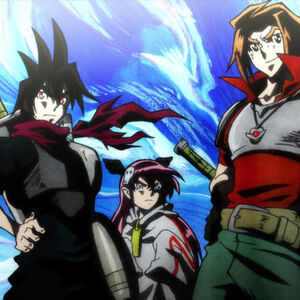 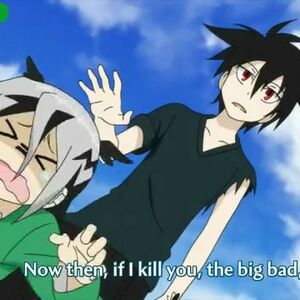 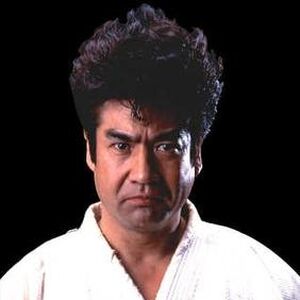 Hear me out for a second.

Logic Defiance is apparently the ability to ignore logic. Logic is essentially a system of reasoning, and it is what mandates "Immortal people cannot be killed", "Absolutely invulnerable people cannot be harmed", etc.

However, since a user of Logic Defiance isn't bound to logic, they can do stuff that are beyond any reasoning.

So I was wondering: Could a user of Logic Defiance defeat anyone, as well as bypass any kind of immunity? (with the exception of Omnipotent beings and other people who aren't bound to logic either)

Logic Defiance lets the user do impossible stuff. But how does the user control their tremendous power of ignoring logic? Do they just achieve their feats by having a desire to do it, and they won't really need to exert much effort?

Metapotence is apparently when the user's power is far beyond any logic or reasoning. Shouldn't that mean that Metapotence is more of an absolute version of Logic Defiance rather than Logic Manipulation?

Let's continue our discussions Omnipotence and reason this power.

As far as we know, Metapotence is power beyond understanding and justificating, it can break any logic boundary and do literally anything. Recently, I had such thought:

Let's assume you are playing a chess game with a grandmaster of this game. Obviously, you will be loosing and in one moment you reach the point when you won't be able to win anymore by definition of the rules. If you know this game, imagine you lost all your pieces and king is the only left. In this situation you decide to cheat and ask your omnipotent friend to finish this game and win it. Since our omnipotent friend is metapotent, they are able to defeat the GM despite the fact that by that moment it is impossible to win it! So, the game is ended as your friend's victory. You question the omnipotent how They did that and what will you hear? That is the question of contradiction between God and rule.

You see, I see God could beat the opponent by some transcendental ways and kinds of Logic Defiance: the user actually looses but They define the end result as Their victory or They says, “I win!” through Fact Inducement and the position on the board magically turns to victorious to Them and the grandmaster says, “I was so close, and you played well” despite the fact originally the position wasn't suitable for your side's victory! This is exactly the power of Metapotence: warp reality as they want and make any statement true by rewriting the existence itself.

Yes, this way is optional. But let's pressume our grandmaster knew it was possible and decides to challenge our omnipotent friend to beat him without these kinds of cheating. Here comes a question I discuss in this blog: Can God win unwinnable game cheatlessly? With only moving one's pieces only? It is a very interesting question. By definition, God is capable to do anything but we haven't clarified one important thing: can God do anything with full potential or can God be limited in any way and still fulfill any challenge? In another words, I state God is able to anything which interchangeably means God is powerful enough to alter any existence to create any result. Unfortunately for God, in some cases there might be just one way to do some challenge. Like in the previous instance with God playing unwinnable game of chess against a GM, Reality Warping in form of Fact Inducement and/or Definition Manipulation seems to be the only possible way to conquer the game. God is omnipotent after all, such term as "unwinnable" doesn't exist for Them! Nevertheless, if we complete our challenge with no Reality Warping, will God be able to do such a feat? Or if we limit God with no Omnipotence?

The challenge is: to win a chess game against a grandmaster without any kind of Reality Warping or other powers which manipulates the truth, rule and definition. The start position is: God have only his king, GM has all pieces.

Since God is metapotent, They must be able to accomplish this task because Their power is defined as capable to do anything. But you know, the challenge is literally “induce fact without Fact Inducement” or “define the truth without Definition Manipulation.” The rule of challenge is literally do something metalogical impossible. If there's just one power to perform a task and its rule does not allow to use it, the task turns impossible.

This is an interesting case and here I will divide Omnipotence into two kinds:

1) True Omnipotence (TO) is capacity to achieve any result;

2) Absolute Omnipotence (AO) includes TO but can also be limited by anything in process.

We see that Omnipotence is absolutely supreme power to do anything. By "doing anything" we understand to make any final result. We don't really interest in how They will do this, we have interest in the result. Omnipotence which can only do anything by achieving certain result is the true one. Yes, there's no result such creature cannot success but They are limited in the prossees how They will do this. Sometimes like in our example, there's one way to achieve certain result. If the challenge will restrict that way as unallowed, God suddenly turn incapable to do this. Nevertheless, if God is absolutely omnipotent, They can do anything by achieving any result and also They can accept any limitations and still be able to accomplish the feat.

So, let's assume God is absolutely omnipotent and therefore the game ends up with Their victory. Grandmaster stares at the chess board with shocked face because God haven't warped the reality and cheated in any way. They beat GM with all pieces with just a king! This is really breaking news in the chess society. Yet chess rules clearly state it's impossible to win game when you have king only. If God didn't voluntary this rule, it is a contradiction:

1. God won game and haven't broken any rule of the game.

2. The rules of chess state God couldn't win in any way in the given situation.

This is truly transcend power! This is Metapotence in its pure form! How can we explain this kind of Absolute Omnipotence? Do you have any ideas? Share your thoughts in comments.

P.S. Originally, I wanted to solve a paradox but it turned out that I created a new one... I am an ironic person.