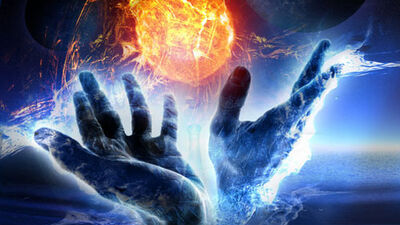 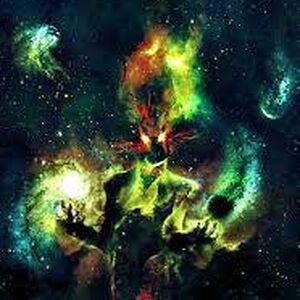 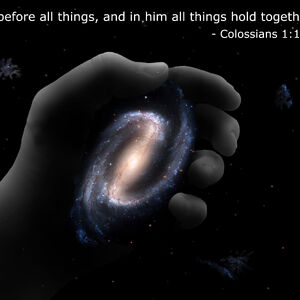 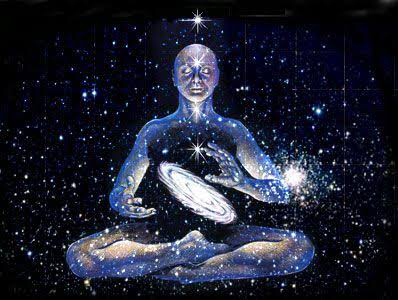 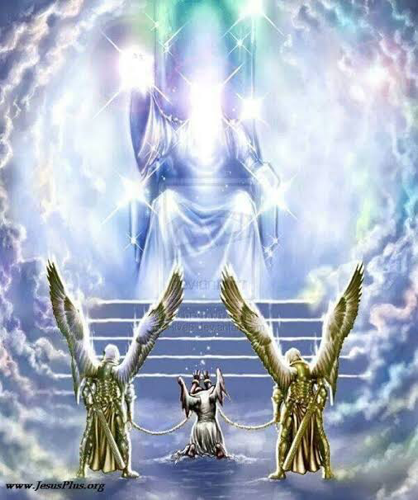 I saw this pages, So Is this correct?

I make the number and Plz Check the right and wrong.

8.I am Almighty is that mean I am Great or I am omnipotent?

Omnicreator,Omni Embodiment which is Strongest?

Which is Strongest power?

Some dictionary explain Almighty is great.

And God is creator?

Which would you choose, omnipotence (complete insanity) or Powerless (Hard Life with sanity)?

I think Peter Geach is wrong. He said Almighty from Pantokrates and Omnipotence from Pantocrates so Omnipotence>Almighty.

His information is no evidence so I agree use that term?

Can I used the term "Absolute Almighty?"

Peter said Almighty meaning power over all things, Omnipotence meaning Can do Anything.

Look at this. Then Almighty is power over all things that is Almighty is over omnipotence!!

Somebody saids Almighty and Omnipotence came from Proto-Germanic and Latin word All-powerful is that right?

(I confused he said, so This sentence many Grammar mistake broken english.)

P.S Omnipotence Paradox. but Almighty and All-powerful has no paradox?

Why All-powerful use "-" not Allpowerful in the dictionary?

You have absolute Omnipotence,you can do anything

You have a create an Omniverse including fantasies, gods who are your servants , and a full enjoyment life , you can include lust too

Yeah, it's me, Clara Sirius! I am back with renewed mind and refreshed thoughts about the absolute of absolutes, Omnipotence. So, today I will tell you...

...why this power is unachievable and how to achieve it. Ready? Here we go!

So, when people say, “You only are omnipotent, there's no another way!” they mean Absolute Power is inaccessible. So, by "inaccessible" I mean this power cannot be created, bestowed, manipulated, bypassed, nullificated, opposited and destroyed. That's a nice explaination how Omnipotence works and this invincible status.

Inaccessibility is a great way to conceptualise Above-All status and it makes this power really clear that no other ability cannot do anything with that, even Complete Arsenal. Nevertheless, that only means Omnipotence is unachievable by some reasons, but can there exist multiple omnipotents at the same time? Well, actually yes, but no.

The thing is that Omnipotence consists in possessing unquestionable might over whole Totality, as so nothing can challenge it, this is absolute pinnace. If there will appear another omnipotent, then they both loose their Omnipotence. Why? Because Omnipotence is about being superior to absolutely everything and fulfilling any task no matter how impossible it is. If there is another one, then the first omnipotent just is no more invincible and superior to everything. All of their beyond-absolute laws can be cancelled, anything erased by Nonexistence can be restored and anything created by Meta-Existence can be destroyed. And no omnipotent can ever make some action "locked," so another one couldn't change anything because doing it would mean limiting its own capabilities.

Therefore, we see existence of two and more omnipotent beings cancel each other's unquestionable might and it becomes questionable, since there's another being who holds the same power. That means if both of them are truly omnipotent, they can both do anything and that can't logically happen. Because one omnipotent can always counter another one and Omnipotence is no more absolutely invincible and superior to anything. Not only that, since both can bypass each other power, none can lock their action. That means one omnipotent just can't make their action irreversible or unblockable because another one can reverse, block or stop action at any moment 'cause they are omnipotent.

Ironically, we conclude existence of two omnipotents is logically impossible because they wouldn't be omnipotent at the point because both of them loose Universal Irreversibility, which is something like premium aspect of this power. But that's logically, we know that as the absolute pinnace, Omnipotence transcends absolutely all limitations, then can't their just alter axiom, definition, fact or truth in order to make double existence possible? Because we know, Omnipotence can do anything impossible as well, that's what it is. Well, maybe it can, but in that case this power just becomes incomprehensible for us because we can't understand by our own what would that be. I remember I made a pool asking what power is victorious in a battle and both options were Omnipotence. You know, that was fun but when two omnipotents co-exist together, that goes beyond what we can think. That's why maybe they can exist but we don't realise how, and therefore effectively in field of omnipotent possibilities we can comprehend, this power is completely sole.

My main idea is assuming that there's an omnipotent deity and there's nothing besides it. You can imagine before Omniverse, there was only thing being and it creates everything out of itself (aka Omnificence Genesis). Imagine this being is not just a being but it's more force that takes various forms and becomes everything possible and impossible, imaginable and unimaginable, known and unknown, existent and nonexistent, speakable and unspeakable, native and alien and so on. This way, this omnipotent is the prime source for everything and whole Totality is just all verity of this being. You think about this scale, omnipotent being is the absolute fundament from which originates everything is Omega Omnisphere and this being holds unity with everything because all of that is just various expressions this being took.

In Taosism there's a similar concept with Dao, the natural flow. Taosists think there's something incomprehensible, something we cannot understand, something like an eternal force that is everything and converts itself into all forms but at the same time, it's pure unshaped state is beyond all conceptualisations because any concept is its expression and form, all concepts can only be applied to its shaped state.

This is pantheistic deity and new power of mine. It opens a way to have multiple users of Omnipotence because with its unification, there is only this omnipotent being and there is nothing outside it, so no other being holding the same power just can't be. Not only that, since all life is expressed pantheistic god, then it is one with the omnipotent. They can merge with their true self and reunite with themselves again, turn omnipotent. That way, one being, which is not omnipotent at the first place, can realise their unity and merge with their omnipotent self, afterwards becoming omnipotent. This way, multiple users of Omnipotence won't conflict each other because they're all fundamentally the same being which is everything, All-in-One. I will write a story about one girl that become omnipotent with this method. Would you be interested to read it?

So, in conclusion, True Omnipotence is a magnificent power and absolute pinnace, which means there's no Omnivastance. True Omnipotence requires its user to be sole, which means existence of the second one would make both of them virtually omnipotent. But despite that, in case of Pantheistic Deity it's possible to become omnipotent after merging with one's supreme omnipotent self and realisation one's total unity with whole Totality.

Finally, I suggest to change “Only One” principal into “All-in-One,” which would mean there can exist multiple users that are fundamentally same being like in case of Pantheistic Deity. I hope you will consider my thinking and will make your own conclusions. Do you agree with that or do you think I misunderstand the concept? 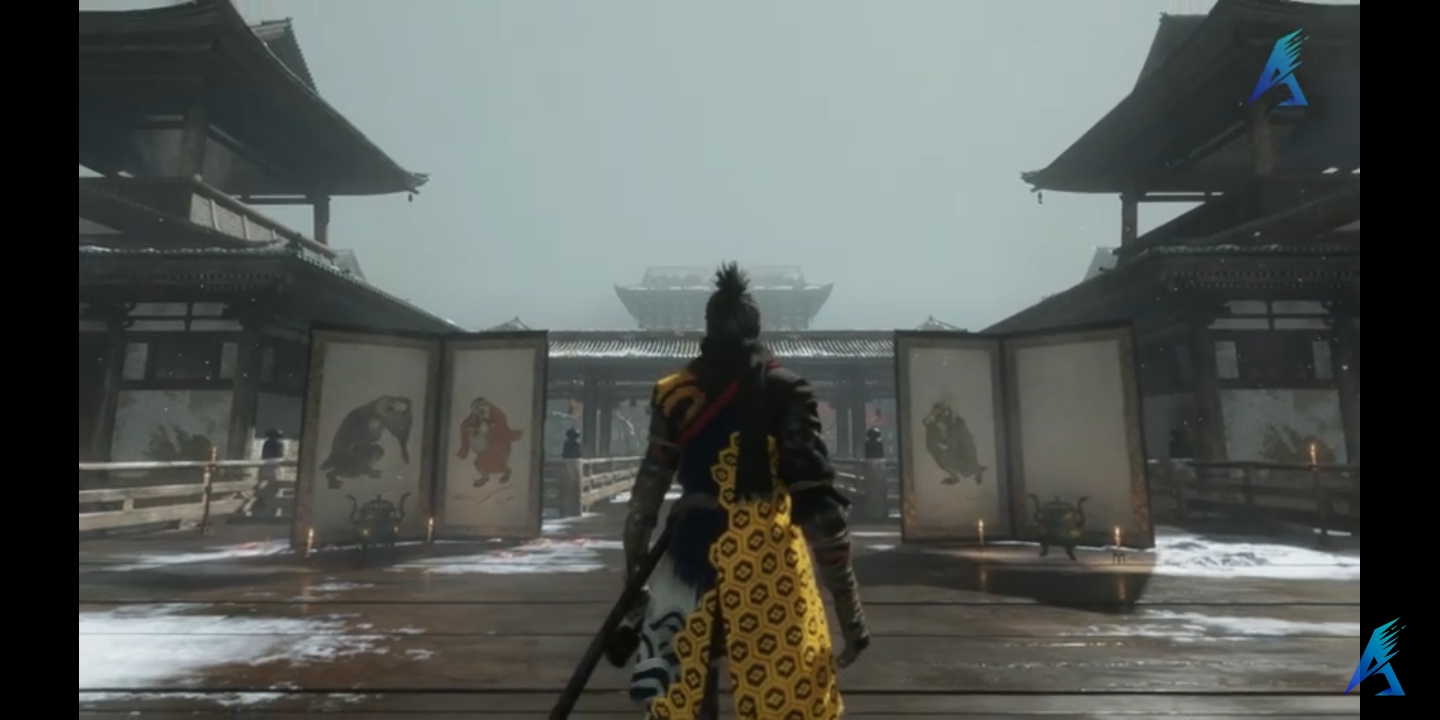 What is %1 of Omnipotence and %1 of Nigh-Omnipotence

Same thing as below.

And that's it. more rules too be added.

So what level of power god?

What description of god power level?

(edited by Minecraftpro821)
List of Supernatural Powers and AbilitiesOmnipotenceReality Warping

I've been thinking alot about this power and the capabilities and I still don't know that much of the power can anybody tell in detail what the power is and the abilities that come with it .

I have a little contradiction right here. So, such ability as Absolute Wish is granted the rank of expression of Omnipotence. I have always been thinking that means this is the same Omnipotence just reformed as fulfilling wishes. Like Omnipotence is a general term, AW is Omnipotence explained with wish granting mechanism.

The problem I encountered is that despite Absolute Wish seems equal with True Omnipotence in power, somehow there's so much more users of it. We cannot consider all of them omnipotent, right?

Same is with Absolute Change. Maybe, someone capable to change anything in any way is truly omnipotent? For example, I see Omni-Embodiment has it as an application, but OE is nigh omnipotent itself. Same goes with Almighty Mind, Almighty Science, Almighty Magic, Monotheistic Deity Physiology... All of these are forms of Omnipotence. Does that mean they are all completely equal? If no, what is that Omnipotence can do but all of those can't?

So I was wondering if a Transcendent Demi-God were to be ultipotence but nigh omnipotent. Having omnipotence opens up more abilities to a God like state if i am correct. What if a Demi God just had ultipotence and have most if not all the traits of someone omnipotent? I imagine this would be the middle ground of a god and human. Maybe I’m overthinking it IDK ? But your take on the matter plz?

If I sound stupid or I’d confused you, I apologize

Everyone, I think, knows that this wiki has many almighty powers that have similar capabilities that in the end is just the same, like an another version of Omnipotence (or Nigh-Omnipotence), that is, you can do anything, have every other power, just changing one thing or another, like a limitation, weakness, source, etc.

So, what 1 almighty power do you want? And what would you do with it? Yeah, I know you would do pretty much things, but reply here some of them!

(edited by RyanKraftBR)
List of Supernatural Powers and AbilitiesOmnipotenceComplete Arsenal

I have always been thinking that Omniarch is as powerful as Omnipotence, that “lordship version of Omnipotence” means exactly this. Meanwhile, I recently saw sone of the users are omnipotent but some are not. As for example, TOAA is reliantly omnipotent but he's the Omniarch. So, is this power equal to Omnipotence or Ultipotence, or is it still nigh omnipotent)

Asking for a friend that needs information about anti gods.

How would a fight go between two OmniPotent charecters say, when they differ in opinion? Both are Beings capable of absolutely anything. In my opinion, it would come down to how they think or they would probably choose some other way like Gambling to choose. What are your opinions?