All posts by Hestarne Hum.

(Not really directed at me, but some powers need energy and others don't. Depends on the author and restrictions placed in a work.)

@Pete100 as mentioned on the page description, it's reliant on spiritual energy. What spirit is depends on the series, but it's often associated with one's will/life-force (sometimes identity itself) while the mind is associated with reason/expression. This is one of the ways to see it.

Well, if we're going by the Wiki, Magic deals with mystical and more esoteric abilities using a given kind of spiritual energy. ”Superpower” is just an umbrella term for any given ability unachievable by human means.

Functionally, they're essentially the same thing. However, here Magic is a specific brand of superpower/functional magic. 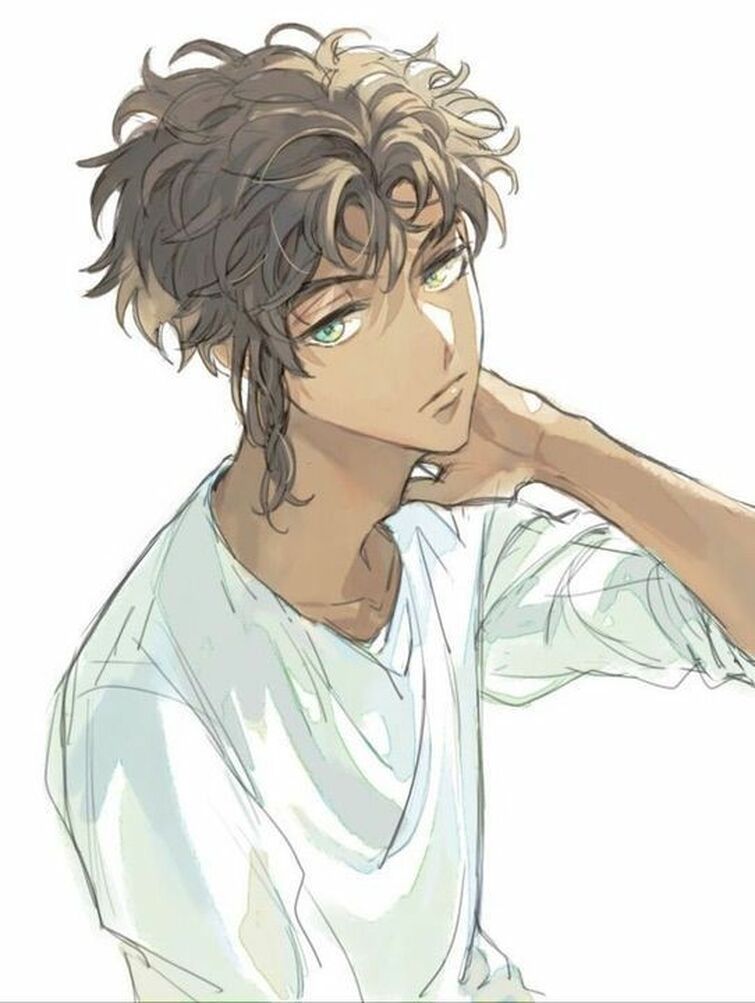 Personality: Overly confident in own abilities, sarcastic, observant. In general, a pretty chill guy unless his pride is hurt.

Backstory: His father kept companies from going bankrupt through his signature, which earned large quantities of ”compensation” as years went on. His mother worked at a psych ward and treated patients most efficiently through subliminal messaging, though there were other signature users who excelled in more intrusive methods, considered superior in nature.

With a modest upbringing, Roland developed distaste for his father's signature and attitude towards family affairs, culminating in enhancement pages. The third page appeared at his father's funeral as a coping mechanism. At age 11, Roland and his mother moved to another house following the father's death. After 5 years at the new house, his signature is on the verge of evolution...

You accepting people without an invite? If ya are, here's the signatures:

(edited by Hestarne Hum.)
A reply to Alpha brahma
1

Hell yeah! Now I can become my favorite characters.

My Lord, why haven't I heard about this until now? Roflmao.

I'd prefer A-Restoration for restoring time and looping the day eternally, though Absolute Destruction could destroy the day's end or the time limit. It's a hard choice.

If changing the time limit isn't allowed, then I'd have preferred choosing A-Destruction to remove some limitations of my body.

(edited by Hestarne Hum.)
A reply to Tyler Hoechlin2
1

”[...] the cells and telomere lengths will not shorten in any way” is exactly because they can't be permanently shortened. The power is always active and running. If you got blown up/damaged it would seem as if you weren't because you effectively didn't, as the page even describes cellular injuries rewritten ”into a mere dream”, implying the idea of any damage/shortening would not even be allowed to exist. It's effectively an ”illusion of not shortening” realized.

TL;DR: Yes, they ”don't shorten” since ARegen erases all traces of damage or aging.

No, I never said they don't shorten. I said that it couldn't be detected (unless you have OP Senses) as they instantly regenerate the lost length.

To the average human looking at it, they wouldn't seem to shorten.

They would, in fact, shorten. However, it's virtually unnoticeable since they instantly return to their initial state.

If they were to check telomere length in such a character, they would not appear to shorten at all. While the character is ”human-like”, they are not completely ”human” (since superpowers aren't a ”human” thing anyways).

As mentioned above, they'll be human if they're human.

Unless the universe's time can't branch, you'll be fine even doing it via Time Travel. Paradoxes aren't part of the Universe itself, but rather something contradictory within our conception of it. That means the whole ”Grandfather Paradox” is a contradiction we formed within a certain (linear) definition of time, and not necessarily how it works in all of fiction.

Just by changing your flow of Time would be paradoxical in nature. In this manner, you wouldn't even survive doing this if the ”paradoxes” were taken to their logical conclusion. Might be nitpicking, but that's my view on the matter.

Molecules are made of atoms, not the other way around. Controlling said molecules could allow you to create explosions through chemical reactions, but controlling molecules through explosion? No. It ain't no semantic power.