@Danya51 The protagonist of the Jagaaaaaan manga.

Haven't really posted in a while due to writer's block. Hope that people enjoy this - I certainly did. Please give me feedback if there's something that you dislike or disagree with. 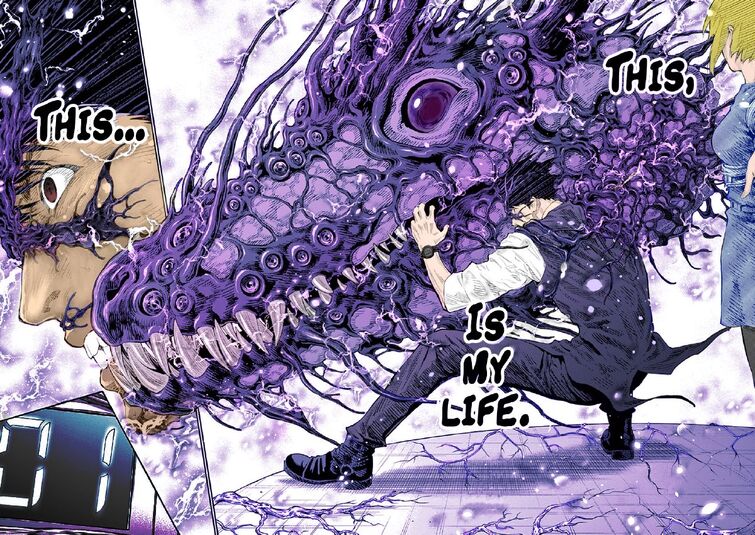 The user is able to partially transform their body into any weapon; with ranged weapons such as guns or bows requiring digested matter as ammo, and in dire situations, the user can even use their own blood as ammo by solidifying it. Digested foods become immensely stronger if used for ammo, as normal potatoes wouldn't be very practical, would they? The weapons formed can be activated for however long the user wants them to be. Additionally, to accompany this ability and make it more practical, the user is able to ingest and digest inorganic matter without injury, enabling them to strengthen the weapons and attacks they generate. Finally, melee weapons such as swords would make the user incredibly agile due to their decreased body mass.

By digesting a large amount of matter at once, the user is able to apply a variety of effects to the weapons they generate. Toxic melee weapons could prove to be fatal if the user manages to pierce their opponent's skin. Flammable ranged weapons could cause their opponent and environment to burn, which would also create a smokescreen, creating a disadvantageous situation for the opponent due to the difficulty of seeing, and an advantageous situation for the user if they wanted to escape or begin to use volatile ammo, which wouldn't require the user to be incredibly accurate when shooting, as explosions would be sure to damage the opponent and the environment on a mass scale.

Some drawbacks to this ability are that the user is still affected by recoil when using ranged weapons, albeit with less intensity. Also, the user is only able to manifest weapons, and not anything that could also be used for defense, like shields or armour. The reason for this is due to 'wrath' mainly being akin to 'offense' to me. Wrath is destructive, violent, and offensive, which is the opposite of protection and defense, which is what shields and armour grant.

This also sounds pretty cool, unique, and could be pretty OP. The protagonist can form weapons with their limbs, like a rocket launcher substituting for an arm. They could use food they digest as ammo. In dire situations, they could even solidify their blood and use it as ammo.

You could use Berserker to represent his intense emotions for his dark past, making him rampage whenever he uses it. Regenerative Healing Factor could also be used with Berserker, representing him gaining his humanity and sanity back as he disactivates this ability.

@Danya51 I do watch JJBA. I guess the abilities are quite similar, lol.

I also apologize for if the ribbon designs (the checkers and such) got a bit confusing.

Sorry for the length. I got a bit overly ambitious, like always. 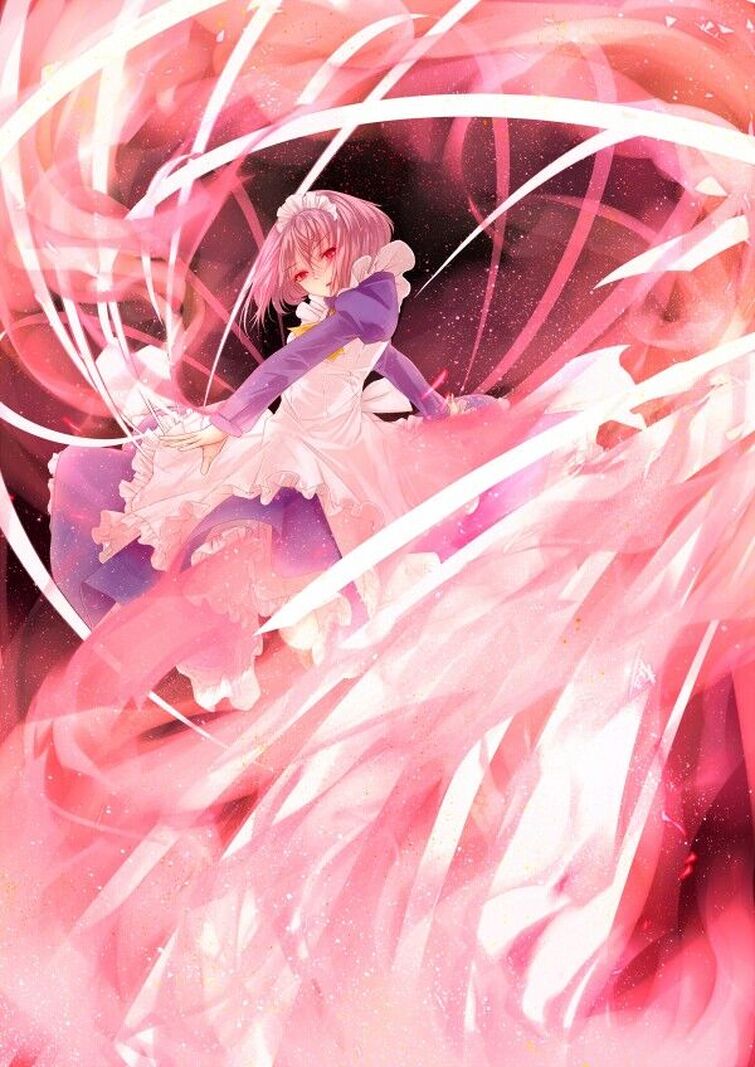 The user has the ability to generate a large amount of ribbons from their upper back, although there is a limit to the number of ribbons that can be generated. Upon the usage of this ability, ribbons protrude from the user's back, acting as additional appendages. The length and width of the ribbons can be altered by the user, which could potentially turn the ribbons into thin, imperceptible threads. These ribbons are no different from normal ribbons until they're altered by the user.

Applications of this ability are that the ribbons generated could be used to set traps, swiftly restrain opponents, create flexible weapons such as whips, reel objects in, grab onto buildings and such as a means of transporation, and create complex structures such as giant fists for offense, or a cocoon or a dome for defense.

These ribbons can be styled and colored differently to produce different effects, only requiring the user to merely think about it in order to change their aesthetics. For example, a ribbon with a checkered design would have its strength amplified to great amounts, while a ribbon with a striped design would be extremely thick and durable. The ability to create structures such as a giant fist combined with the ability to strengthen it substantially would be a devastating offense against opponents. A cocoon made out of a large quantity of striped ribbons would be an excellent defence. Colours on the ribbons are for more of a cosmetic decision, although they can be utilized like the designs.

The limit for the amount of ribbons that can be generated by the user can be surpassed in exchange for a bit of the user's sanity or vitality (like Betelguese from Re:zero).

I think this ability relates to greed because of its versatility, which constitutes for the user's desire to do anything they can in pursuit of greed. Greed represents an excessive desire for more and will stop at nothing to obtain it, which is why the user is able to generate a potentially infinite amount of ribbons as long as they pay the price for it (not that it'd deter them, of course). This ability definitely sounded better and more creative in my head, but I think that it's still quite okay. I'll probably remake it depending on the feedback given, like Pride.

I am also considering making a virtue series (I've already come up with humility) and making another less overpowered version of Pride if I come up with another.

Thank you both for your comments! Greed will be coming next, probably tomorrow.

Sorry if this is a bit too long. I really enjoyed making this. I listened to the feedback from the last post and tried to write this post based off of them. This is why it's wayy less overpowered than the last one, and is more within the bounds of melancholy (or at least emotions). Hopefully I did well. 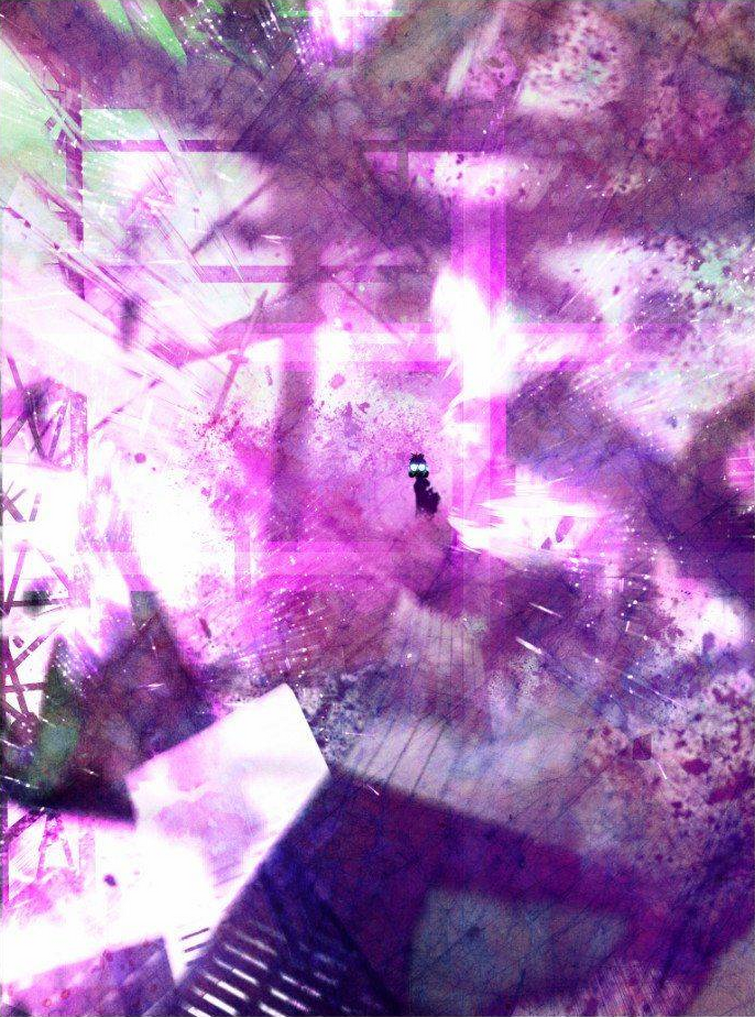 The user is able to visually perceive emotions as a multitude of colours; the deeper the colour, the more intense the emotion is. These colours can appear anywhere - from individuals to buildings - and usually appear 5-10 minutes before the event causing these emotions occurs. The events that would cause these emotions could then be circumvented if the user wishes to do so.

The applications of this power are that it can be used to foretell future events; the incident occuring in a dark alleyway coloured in a deep crimson would almost undoubtedly be a murder, whilst the incident occuring in front of a gravestone coloured in a deep blue would be an individual mourning the death of a loved one. Some offensive uses of this ability are that it can be used to accurately pinpoint the weakpoints of opponents; as a weakpoint would be coloured in a moderate red (symbolising the opponents' rage if you were to hit them). It can also be used to predict and evade danger, as if another superpowered individual with earth manipulation (it's hypothetical) had been intending to cause a landslide under you, the area around you would be coloured in a deep red.

To be honest, I made this ability broader by including all emotions, rather than just intense sadness and depression - which is melancholy. Still, I think that this relates to melancholy due to the capability of detecting intense emotions.

@ProMystic I see. Thank you.

@Satanbrony Nah, just wanted to base a character off of a concept for the fun of it. I have more of a feel for weak superpowers with creative uses. If this was a character in a story I'd make, it'd probably be god or satan himself.

@Satanbrony Thank you for your feedback. I'll keep that in mind. I did feel as if I got a bit too carried away.

Hopefully I didn't overdo it. I had fun making this.