Personally the year I'm going to is 2252 BCE

As for my powers I'll get:

I think I got pretty lucky.

So you like, fall into a wormhole that takes you to a random time with random powers. Just go do this stuff:

Through a certain set of circumstances you develop an ability called Mark of the Head God, which allows you to basically create gods or bestow god-like abilities to mortals, but there is a small gimmick with the ability. You can't bestow powers to yourself, sort of.

You also can't create beings with Ultipotence, Metapotence or Omnipotence. Just to balance you out a bit.

Title: None tbh, I'd rather let the people give me some kind of epithet because that would be less awkward for me.

Appearance: Not ugly, so I'll probably be more human looking. Dark purple skin cuz child of a night hag. Goat horns because I like the aesthetic and I could have inherited them from the night hag.

Powers: Now this is the part where I try not to give myself too many powers, wish me luck!

I have failed in quest to remain minimalistic in power choices. Oops.

World: The world I'll choose will be kinda like the generic Isekai world, generic magic, dragons, many weird races, stuff like that. But instead of being the Medieval Ages with magic, this world basically be the time period and general world aesthetic will be similar to the world around the birth of Christ, maybe a few hundred years earlier. I just kinda love my BCE time periods.

Extra Info: None that I can think of.

I'd be reincarnated into the My Hero Academia world.

My quirk would be called Imagination which would allow me to make any matter I imagine to become real for about an hour. I can manipulate what I created with my mind.

You are given the choice to reincarnate/get isekai'd into a fictional world of your choosing. The only limitation is that your world must be what the wiki considers a 'published work'.

And since this is the 'Powerlisting Wiki' and not anything else, there is a power element to this question. There aren't any limitations on how many and what powers you can get as long as your powers can fit into the lore of the world.

For instance, if I chose to be reincarnated into the My Hero Academia world I can't have magical powers as the MHA world doesn't have magic.

Just like it says in the title, go wild.

You won't get their weaknesses.

Psionic Magic - The use of both magic and psionics

As for the power that I got was Fire Soul, and it's limitation is that using my power slowly heats up the liquids in my body, meaning that I have a limited amount of use of the power before I'm hurt.

And I'll probably be a vigilante and I might form some kind of 'underground Justice League' for vigilantes who protect the people without following any rules.

After a failed experiment with the Large Hadron Collider caused the Earth to be bathed in some Extra-Dimensional Energy some people begin to develop supernatural abilities, and you're one of them.

First, get a random power (If its anything on the almighty/absolute level then reroll it), then give it a few weakness or give some side-effects from your mutation.

Finally, tell me what you're going to do with your new found powers? Are you a Do-gooder or an Evil-doer? Like, what is going to be your deal? Maybe you could even invent an superpowered alias for yourself.

I want to keep this simple, so I'll just be a mass of pure white light in a dark cloak. Something like the Fifth Cosmos from Marvel and the Glowing Man meme. So I tried to edit a picture of the Fifth Cosmos to match my description with my limited skills and tools, so don't expect perfection.

I'll keep this as simple as I can. Here are the basic abilities I'd like:

My main limitation is that just like a human needs food to live I need 'Faith' to remain in my god form. While I can remain in god form without anyone worshipping me for about a few centuries after that my powers will dissipate for a few years before returning.

I imagine it would be similar to Dark Star Kha'Zix 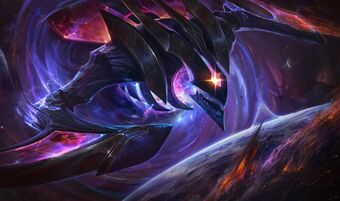 Use the random page thing to get three superpowers, then choose one of them to be your new power. The other two powers will be discarded and you won't get them.

For example, the powers I got were:

The power of the three I chose is:

List of Supernatural Powers and AbilitiesLuck
A reply to Tristan60
1

I haven't watched much of Black Clover but from what I've seen Fairy Tail has a greater variety of magic types, so I'd go with that.

Just like the title says, you can have as many superpowered forms as you want. Basically here is what I want you to answer:

1. What are the names of your other forms?

2. What do you look like in your new forms?

3. What powers do you gain when you enter your forms?

Yeah, those links don't work for Archetype pages for some reason. If you want to go to the page you have to type it into the search bar :/

Here's the link to the page if you need it.