Sorry the picture is for electricity, my bad. 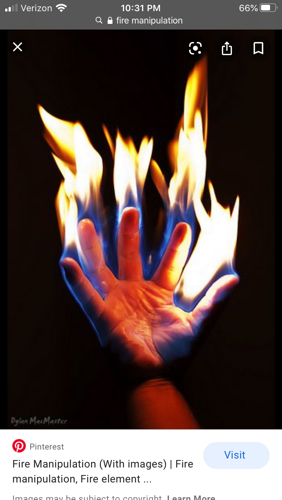 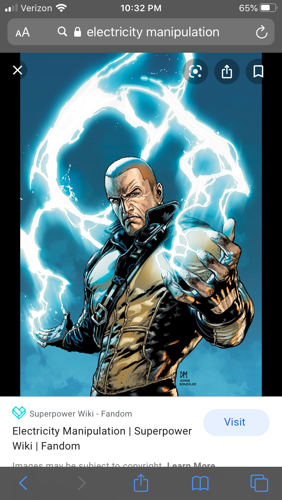 Yes! I like them as the main character.
They are good as support characters.
No I hate them.

Radmushroom, let them write what they want to.

I need help balancing out this power so it’s not godly.

If a mentor type character with time manipulation fought an antagonist with spatial manipulation would it be a close fight? I know space is tied closely with time and I feel like that could make it interesting.

Are there any YouTube channels about writing that I should check out?

When it comes to superpowers, I think it’s hard to have an original idea. Everything’s already been done

Yeah, I feel like darkness manipulation because its a very broad power which I like because you can show one character having a lot more skills than others.

I like these tips, there will be multiple antagonists and I was just trying to come up with good abilities. Also, what if using darkness manipulation can allow him to teleport? Like interconnected shadows.

I can change that, even though that type of idea has been featured in many other things, like marvel and dc. In X-men , a character named rogue has a similar ability. I can change it, I just needed an ability that would be powerful enough to withstand the protagonists abilities.

Honestly, I would like to know what came off as unoriginal so I can fix it.

No it’s fine, the plot will be very different, I am an unordinary fan but I do not intend to write my story the same way.

A reply to Allan Bigtas
0

Wow, thanks 13 Apostles, that’s really helpful!! I think I will be writing a physical book and I’ll definitely make an outline.

Should I write an outline, is it a waste of time? What about a character web, I’ve heard of those. Any useful tips?