All posts by Clara Sirius

@Elixirxd Yeah, exactly! I am the owner, I may allow myself this. 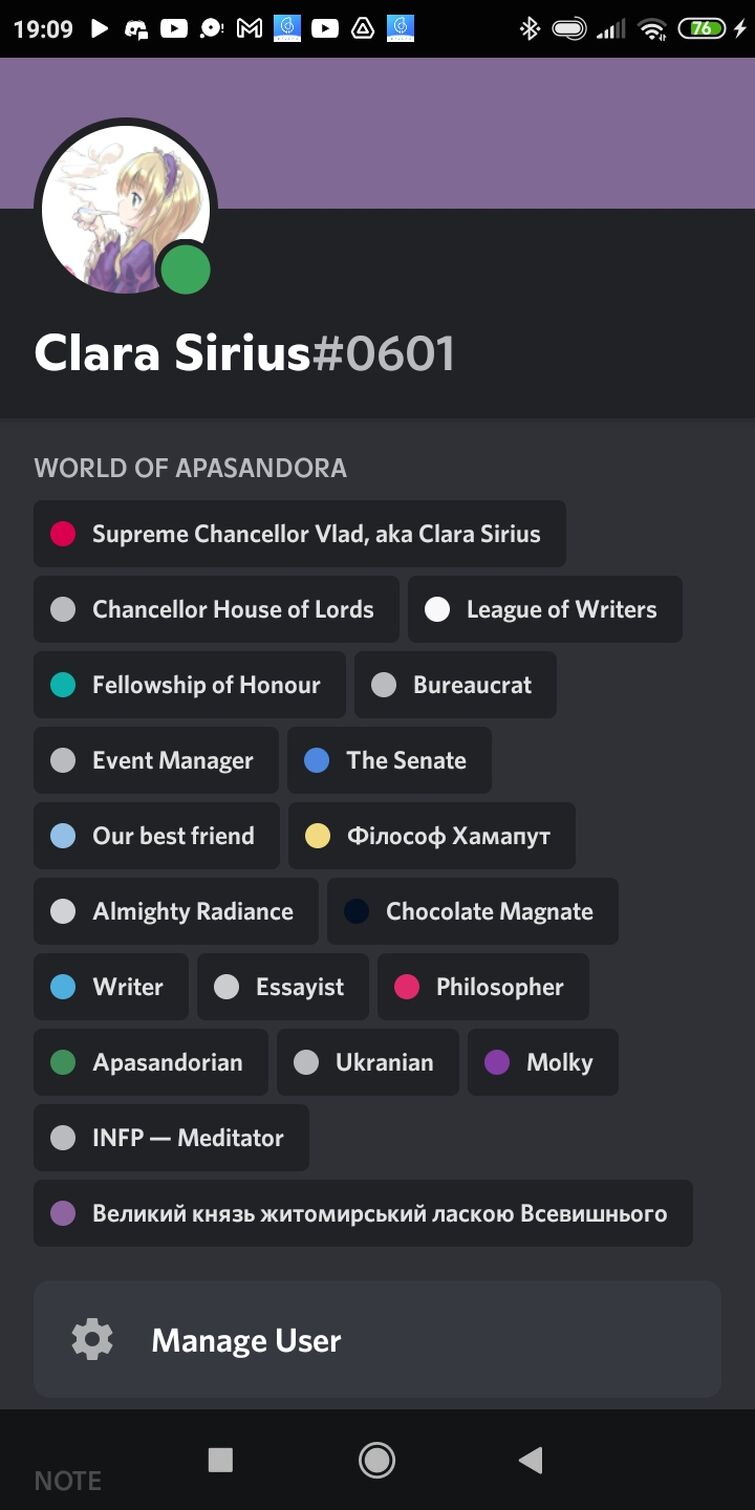 @Elixirxd Hey Elixir, do you know what roles I have in my server?

A reply to King of omniverse
1

@SecretLoverBomb Thanks okay, I can handle this.

@Yagworm I also think they don't make much sense at this point, however it should be discussed first, essentially the wikis are run on consensus.

A reply to August Star of Heaven
0

@Wrongfulness1 Why am I wrong? How can you transcend everything and then keep transcendence? Doesn't it mean you didn't transcend everything in the first place? I have never understood the argument of "endlessly transcending oneself” and I see it as if there's absolutely anything you didn't transcend (that ET just demands for its eternal nature), you don't reach AT. AT is transcendence of truly omnipotent being, what do even talk about?

A reply to August Star of Heaven
0

@Ni22cowboy Essentially, Eternal Transcendence may not become supreme being as well, there's nothing that separates them now.

Hey, I see I am really renowned in this community to this point. It's true I understand those powers well but it would probably be better to ask questions in the posts overall addressed to all readers. If you want my specific answer and not anyone's else, please feel free to leave a message on my message wall.

So, Omnipotence and Metapotence, two indistinguishable twins. Essentially, you speak really a lot about some sort of Absolute Infinity, although I don't understand completely what it encompasses, however what you need to know is that anything the omnipotent being can do the metapotent can as well, this is why Metapotence is even its "action-aspect." The difference between two is that Omnipotence is not simply the ability to do absolutely anything but state of being supremely almighty, hence omnipotent beings are also absolutely transcendent, mostly eternal, omniscient and perfect. Metapotence, on the other hand, was created to illustrate only-power aspect of Omnipotence and represent those beings that are as strong as truly omnipotent beings, however don't feel the whole criteria.

Essentially, recently reviewing, this power was a cool concept on its own but it doesn't need a whole page as acknowledged by DYBAD, the creator of the page, and some more people on Discord. Furthermore, it's unclear if metapotent beings possess Absolute Invincibility because if yes, then there can only be one user per setting. The similarities between those two are so arbitrary and Metapotence is so strong to that point that it could simply bestow Omnipotence upon itself. This is why it's being currently dismissed in the staff what this ability as well as Ultipotence should become, so currently they are more unclear.

A reply to Clara Sirius
0

@DRJones97 And you tell me this. I know, I was just commenting Omni-Defiance.

What is the ultra blessing?

A reply to Clara Sirius
2

An interesting question to ask at least! So, if you somehow become a 10th dimensional being that possesses Autopotence and of you even encompass the omnilocked, it would indeed be really close to Omnipotence enough to be a great representation. However, because of its absolute status, Omnipotence cannot be attained, so if you do this, you would actually rather be metapotent to say at last. 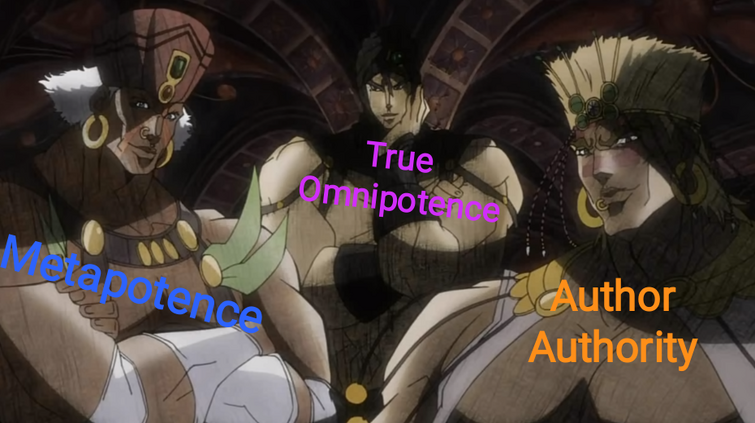 All of them are omnipotent, so combining them wouldn't make you more powerful.

A reply to Heartless Frost
1

@No.13Kid Note Immortality may not include any Regenerative Healing Factor like in case with Unfettered Body.

These are really subjective and variable.

(edited by Clara Sirius)
A reply to Bdcmetal666
0

@Bdcmetal666 People distinguish Omnipotence and Absolute Omnipotence for different interpretations of unlimited power. It's okay if you disagree with them, yet don't enforce your opinion.

(edited by Clara Sirius)
A reply to Bdcmetal666
0

It fascinates me how popular and well-known I am to the point that people directly address me their questions. Anyways, here we go!

All of your issues come from naming. Thomas Aquinas and Powerlisting fandom simply name different powers with the word "omnipotence." For us, it is indeed unrestricted in any way, for theologists it is because they don't consider metapotent feats included in "everything." Neither way, don't be so fixed on how our community defines things and be open for opinion of other people.

As for Metapotence, the difference between it and Omnipotence is so bare that it was agreed by the staff team and the creator of the page, legendary DYBAD to delete it. Because you see, the psychology of the powerlisters work in a way that we consider different pages as different powers, so creating a whole page that explains in details one aspect of Omnipotence (its ability to do anything no matter how irrational it is) confuses people. Metapotence os indeed an aspect of Omnipotence that cannot exist distinctly from it (as I also think about Indeterminacy).