@Sefera3117 that’s exactly what I was thinking of I’m like mid way through arc 23, loving the story

As standard you receive ideal body and peak human condition

String:User can release hyper-dense silk from anywhere on body roughly 1mm thick. User can control silk like a muscle and release it from anywhere on their body, once release from body the silk degrades in a few hours.

Friction Manipulation: User control friction within 10 metre of themselves, the closer the stronger. This allows them to move on impossible surfaces such as walls, ceilings, water etc... User can also decrease air resistance increasing their speed or increase it to slow themselves or increase their strength. This also can be used to impede an enemies movements decreasing the friction to the point where they can’t balance or increase to where they can’t move.

Mark Generation:User can place marks on anything by touching it, these marks have different effects such as:

Marks only last 12 hours. With experience user can tell when a mark is about to expire.

Kinetic Manipulation:User can either take away an object's kinetic energy completely, freeze it in place, or add more kinetic energy to a previously frozen object, making it move once more. Frozen objects can freeze other things they come in contact to and can have a delay before freezing. However the frozen object can still be moved with outside kinetic energy. When freezing an object user absorbs the kinetic energy which they can put into another object of their choice while touching it.

Adaptability:User can gain intuition to suit high stress situations. The intuition is based on the users previous knowledge and their surroundings to find the best possible outcome for themselves. This amplifies their physical and mental attributes by putting the body in overdrive which can result in serious strain and fatigue after. With practice user will be able to turn on and off at will.

I’ve been trynna find a power that is not OP but at the same time versatile if used correctly, got any ideas?

List of Supernatural Powers and Abilities
A reply to TheAboutCraft
0

What can you even do with it?

@RyanKraftBR cant lie very op, why not try make it based around one power with support powers?

You could centre it around telepathy or elasticity

What would be your ideal power set if some people in our world got superpowers??

Obviously no OP/Broken powers and any power that rank above 8-C:

Characters who can destroy medium-sized buildings and constructions, such as large factories or large complexes such as supermarkets.

List of Supernatural Powers and Abilities
A reply to KingPyxls
2

(edited by DOPOP)
A reply to Brandon Daniels
0

I can make an infinite amount of copies however my physical strength is divided evenly between them. All copies are the original and share one mind, each can also create copies. 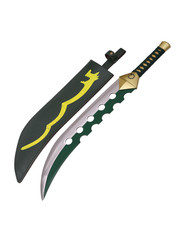 My wish: I would wish for a super-powered world, there is obviously some more details but that’s basically it