Deadpool (Marvel Comics) is aware that he is in a comic book and able to express his thoughts via captions.

Be aware of the 4th wall.

The ability to be aware that one's Universe is fictional, and potentially use this to act in otherwise impossible ways within their fictional universe.

User is aware that one's Universe is a fictional/false one, allowing them to carry out acts that, within the Universe, would otherwise be impossible. Depending on the extent of the user's power, one could potentially gain the powers of Reality Warping and/or Omniscience within the context of their own false Universe.

Deadpool (Marvel) shows awareness that he is in an illustrated story. 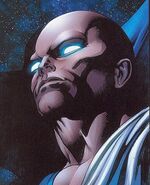 Pinkie Pie (My Little Pony: Frendship is Magic) can view and shatter the fourth wall.

Ajimu (Medaka Box) is aware that she is in a manga and will be animated.

Neo (The Matrix) is aware that The Matrix is a false existence, and as such can manipulate its reality, stopping bullets in their paths. 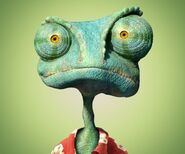 The title character of the film Rango is aware of the fact that he's a fictional character in the film.

Many Kid Icarus: Uprising characters like Pit and Viridi, often break 4th wall by making video games references or mentioning that they're in a video game themselves

Sonic talking to the audience in the show's segment "Sonic Sez"

Kirihime Nastuno - "The protagonist has enter the story." (Dog & Scissors)

Scott Pilgrim (Scott Pilgrim comics) frequently shows an awareness that he's in a fictional universe, telling many other characters to "read the book" when they ask questions regarding the events of previous chapters or volumes.

The Squid Sisters (Splatoon), Callie (left) and Marie (right), are aware that they are in a video game and occasionally reference that fact.

Uncle Grandpa (Uncel Grandpa) is shown to be aware of the fact that he is in a cartoon, and would sometimes acknowledge the fictional world around him and the viewer. 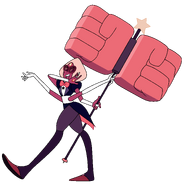 Sardonyx (Steven Universe) is implied to have a limited awareness of the fictional nature of her show, making references to it as she gets to know Smoky Quartz, such as reffering to one of the voice actors and to Cartoon Network itself.
Add a photo to this gallery
Retrieved from "https://powerlisting.fandom.com/wiki/4th_Wall_Awareness?oldid=874715"
Community content is available under CC-BY-SA unless otherwise noted.