Interact/effect the real world from inside a fictional series/universe.

"You see that weirdo staring at us through the TV?

"Every time they make a Robin Hood movie, they burn our village down! LEAVE US ALONE, MEL BROOKS!"
― Angry Villagers (Robin Hood: Men in Tights)

"You're Jensen Ackles and I'm something called a Jared Padalecki."
― Sam Winchester to his brother, Dean (Supernatural)

The power to interact with the real world from inside a fictional universe. Sub-power of 4th Wall Manipulation and Fictional Transcendence. Variation of Interaction.

User can interact and even affect the real world from inside a fictional universe, allowing them to control and even change what happens to the reality that created the character, for example, a video game character with this power could literally change the game settings such as increasing the difficultly, muting the sound and even erasing the players saved game.

Unlike awareness, however, the user is not just aware of the fact it's a fictional character it can also communicate with and even affect the viewers of their series.

See Also: The Fourth Wall Will Not Protect You.

Using 4th-Wall Crisis, Deadpool (Marvel vs. Capcom 3) attacks his opponent with his own health and super bars.

Psycho Mantis (Metal Gear Solid) is aware that he is in a video game and is able to interact with the player, reading the data on the Memory Card and activating the rumble feature on the controller.

The Old Man of Wandering Mountain (The Neverending Story) was able to force not only Bastian but the the actual reader of the book itself to start from the very beginning again of the same novel they are reading.

Providence (Bravely Second) is not only aware of the fact its in a video game, it also interacts and communicates with the player instead of the game characters and can even change/effect the game settings including erasing your saved game. 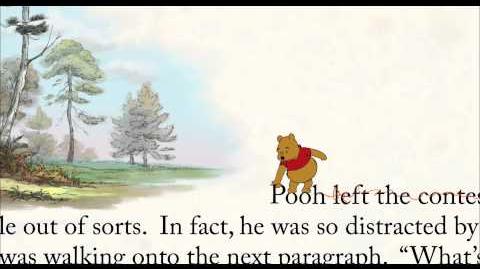 Winnie the Pooh The Next Paragraph Clip
Community content is available under CC-BY-SA unless otherwise noted.
Advertisement