understand abilities
The ability to understand and master abilities intuitively. A variaion of Intuitive Aptitude.

Kurama's (YuYu Hakusho) fighting style revolves around figuring out the abilities of his opponent to know their fighting style before launching an attack. 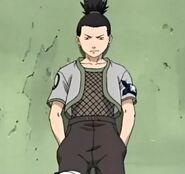 Shikamaru (Naruto) would often take time to try to figure out his opponents ability and being able to exploit any weaknesses which he did against both Tayuya and Hidan.

Neji (Naruto) is a natural at understanding abilities through observation which also allowed him to learn some of the more secret techniques of his clan without being taught.
Add a photo to this gallery
Retrieved from "https://powerlisting.fandom.com/wiki/Ability_Intuition?oldid=434149"
Community content is available under CC-BY-SA unless otherwise noted.