Create all types of Characters.

"Originality depends only on the character of the drawing and the vision peculiar to each artist. "
― Georges Seurat

"I start drawing and eventually the characters involve themselves in a situation. Then in the end, I go back and try to cut out most of the preachments."
― Dr.Seuss

The ability to create any type of character. Sub-power of Meta Art Manipulation, Omnificence and Author Authority. Variation of Absolute Life Creation. Not to be confused with Entity Creation or Drawing Creation. Opposite to Absolute Character Erasure. Absolute version of Character Creation.

The user can write or draw absolutely any type of character with no limit. Designing their physical features, what their name is, their personality, their background or past, what abilities they could possess, etc.

The user possesses a limitless and unique imagination to make their character compelling and inspiring while also carefully deciding or knowing exactly what purpose they will serve. Giving them a role to play in through the story and having them go through challenges so they can develop for the better or for the worse. User can even create meta-fictional characters to have them serve an even greater purpose in the story.

Users of this power are usually the writers of the story, thus will have complete and utter control over the characters they create since to the user they're just works of fiction. The user's power works in a similar way to how a author writes or draws characters in a story. 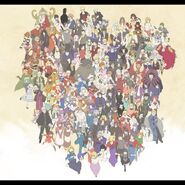 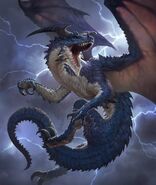 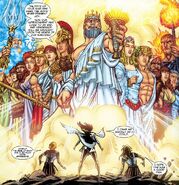 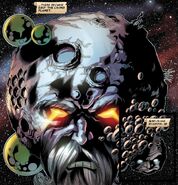 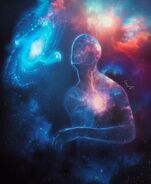 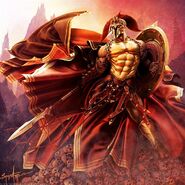 As The Author, The One-Above-All (Marvel Comics) has written every character in Marvel Comics.

Akuto Sai (Demon King Daimao) has written every story there is to be written, even stories with people like Akuto that can freely create stories as well.
Community content is available under CC-BY-SA unless otherwise noted.
Advertisement