As the Mother of Creation, the Mother of Miracles (Image Comics) possesses absolute control of His/Her existence, being able to take any form / shape / characteristics, and redefine any aspect of Him/Herself on a whim.

Control your own existence without any limits.

"I am the creator of all, the destroyer of all; chaos incarnate. To be possessed by me is to lose yourself completely. Mine is an existence so vast that it is beyond all comprehension..."
― Lord of Nightmares (Slayers)

"If one truly wishes to be omnipotent, then the "human" framework is merely a hindrance to that goal."
― Cal Shekar (Taboo Tattoo)

"I am creation. I am everything that ever was or will be. Take back what you destroyed. Make it whole again. You have the will. you have the power. If your desire is great enough it will be so... Then came the time of rebirth."
― Mother of Existence (Image Comics)

The ability to control your own existence without any limit. Sub-power of Absolute Change and Omnipotence.

The user has complete control of their own existence. The user is beyond all there is, even reason, physics and logic. No rule or law can apply to them other than their own.

The user can also rewrite themselves on any level, at anytime, anywhere, without any limit of any kind.

This allows the user access to any ability in existence, said abilities being as absolute as their maker/wielder.

277928-ep 21.16.png
Lord of Nightmares (Slayers/Lost Universe) has absolute control of her own existence, as she is beyond meaningless concepts such as god or demon and mortal or immortal.

Belphegor (Valkyrie Crusade) can change her own existence without any limits. 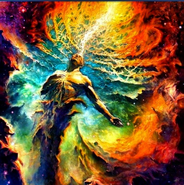 Be one with everything

Own everything
Add a photo to this gallery
Retrieved from "https://powerlisting.fandom.com/wiki/Absolute_Existence?oldid=1028782"
Community content is available under CC-BY-SA unless otherwise noted.