Lucifer Morningstar (DC Comics) is able to manipulate any external force for any effect he desires.

Possess absolute and infinite control over all forces.

The power to possess absolute and infinite control over all forces. Sub-power of Omnipotence and Omni-Manipulation. Form/Expression of Nigh-Omnipotence. Absolute version of Force Manipulation.

Users can create, manipulate and shape force in all its forms, whether physical, transcendent, natural, spiritual, mental, cosmic, etc. i.e. all the absolute forces that make up the flow and nature of reality.

They can turn a tornado into a gentle breeze, bring a raging tsunami to a halt, annihilate a continent simply by slamming ones palm into the earth, provided the user understands the natural forces required for continental destruction, cause a massive destruction with a simple snap of fingers and many more effects on a whim. User can bring all supernatural powers and activity in the area to a complete standstill by denying them all the force they rely upon to function. 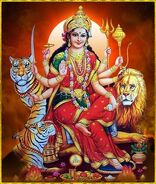 Parvati/Durga (Hinduism) is the wife of Shiva and incarnation of Absolute Force in the universe. 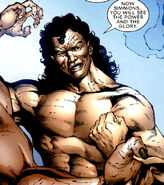 The One Above All (Marvel Comics)
Português do Brasil
Community content is available under CC-BY-SA unless otherwise noted.
Advertisement