The Source (DC Comics) is the source of absolutely everything that exist. It is what created "The Hands", super celestial beings tasked with creating infinite multiverses and "The Seven Forces of The Universe", the primordial cosmic energies that all Multiverses in the void spring from who in turn The Hands used to create them within The Overvoid.

Be the cosmic source of everything.

The state of being the prime source of absolutely everything. Sub-power of Omnipotence. Absolute Version of Derivation. Combination of Grand Design Construction and Primordial Force Physiology. Not to be confused with Creative Source, Universal Derivation and Omnificence Genesis.

The user is/can become the binding source of all existence forever bound and representing the infinite cosmos in creation that binds existence together by its primordial power/energy/force, and all things that emerges from the source such as the components of reality, both physical and metaphysical all the same. The users have indisputable dominion over totality, and so that as long as they exist, all that is and everything connected to all things does as well.

Prime sources are a vital power source of the universes they were manifested into, sometimes they can be interpreted as physical manifestations of a Supreme Being, in which the entirety of creation courses in and out from it acting as a literal supply keeping everything running perpetually, being the living source of totality and sheer authority for being the origin of said totality.

The Great Reason (Shin Megami Tensei) also known as The Axiom, is the binding force of the universe, from which everything originates, and will eventually return to. Existing beyond time, space and the infinite cycle of transmigration, it is a fully unknowable entity, and the True Supreme Being of the Megami Tensei Series. Though YHVH, the God of the Covenant, believes to be the One True God, he is in truth only a rogue avatar / aspect of The Axiom, the true source of existence.

Akasha (Nasuverse) also known as "The Swirl of The Root" is the grand mass of nothingness and metaphysical "force" that exists beyond everything else in the entire Nasuverse of which all concepts in existence sprang forth from.

God (Unsong) is the supreme being of Unsong, being an unknowable cosmic force whose emanations of Divine Light gave birth to all of existence, as well as myriads of other Universes in the paradisiac garden beyond existence which He governs and rules over, with all things being sustained by His essence that permeates throughout them.

According to Plato's Timaeus 37, The One (Neoplatonism) is the ineffable transcendent God of which the world and subsequent realities are parts of it. 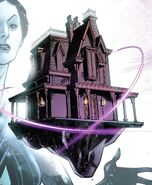 The House of Ideas (Marvel Comics) is the dwelling place of The One Above All, and the place where all worlds and ideas in the multiverse are born. 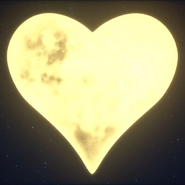 The Lord of Nightmares (Slayers) as The Sea of Chaos is not only the creator but also the essence of the four worlds described and chronicled in Slayers and the Lost Universe.
Community content is available under CC-BY-SA unless otherwise noted.
Advertisement