The Holy Spirit (Abrahamic Religions) is The Almighty Spirit or Breath of God by means of which God communicates with people or acts on them. It is the divine force, quality, and influence of God over the universe or his creatures.

"Two birds, beautiful of wings, close companions, cling to one common tree: of the two one eats the sweet fruit of that tree; the other eats not but watches his companion. The self is the bird that sits immersed on the common tree; but because he is not lord he is bewildered and has sorrow. But when he sees that other who is the Lord and the beloved, he knows that all is His greatness and his sorrow passes away from him. When, a seer, he sees the Golden-hued, the maker, the Lord, the Spirit who is the source of Brahman, then he becomes the knower and shakes from his wings sin and virtue; pure of all stains he reaches the supreme identity."
― Third Mundaka Upanishad

"God is one. He resides in the hearts of all living beings. He is omnipresent. He is the Supreme Soul of all souls."
― Śhwetāśhvatar Upaniṣhad 6.11

"God is Spirit and they that worship him must worship God in spirit and in truth."
― John 4:24 (The Bible)

The power to be spiritually almighty. Form/Expression of Omnipotence.

Users possess absolute spiritual power and status. They are the ultimate animating force of spiritual power and/or often the source of every other spirit or soul in existence. Users are Incorporeal and Immaterial beings possessing spiritual qualities, attributes, or properties going well beyond the normal, characterizing as formlessness, invisible, indivisible or oneness, infinite bliss, infinite power, pure infinite knowledge, infinite perception, and perfect manifestations of (countably) infinite other attributes.

Users of this power are usually primordial, divine, or transcendent spirits who hold power or lordship over all other spirits as well as being a spiritual ideal that all lower existing creatures seek to conform, too.

God (Abrahamic Religions) is the one spiritual being above all others. He is The Supreme Being; The Creator and Ruler of all Existence; The Self-Existent One who is perfect in power, goodness, and wisdom. 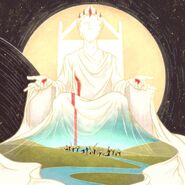 Jesus Christ (Christianity) is The One and Only Son “going forth” of all that The Father is as the eternal Image, Word, and Radiance of The Father’s fullness. He had existed from eternity past, lived in perfect oneness with The Father and held the same powers as The Father as The Form of God.

In Sanskrit usage of term, Brahman (Hinduism) is the concept of the transcendent and immanent ultimate reality. The Supreme Cosmic Spirit in Hinduism.

Bathala (Tagalog Mythology) is the supreme being and creator of all things. He also has many different names such as "Bathala na may kapangyarihan sa lahat" which translates in English as "God who has power over everything" and "Mulayari" meaning source/origin of power/being. He’s the chief of the gods and spirits called “The Anitos”, ancestral spirits whom he sent to this world to produce, in behalf of men and each anito had a special office.

The One (Neoplatonism) is an utterly simple, ineffable, unknowable, and immaterial subsistence which is both the creative source of the Universe and the teleological end of all existing things. The One emanated the whole of existence as sequence of lesser immaterial beings as well as hundreds of intermediate beings such as gods, angels, demons, and other beings who act as mediators between The One and humanity. 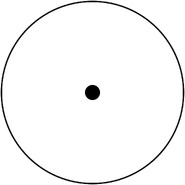 The Monad (Gnosticism) is one true and omnipotent God composed only of spirit. This divine spirit emanated other divine but lesser spirits called "Aeons" of which some of these couples then mated and so created a divine realm. 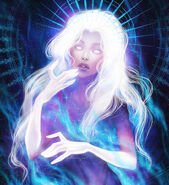 Barbelo (Gnosticism) is The Perfect Glory and the immeasurable Invisible One who is hidden. She is The Image of The Invisible Spirit, and through her all things took shape.

God, (Brahma Kumaris) The Supreme Soul is The Father, Mother, Teacher, and Spiritual Guide of all other souls. He is the almighty creator and source among all souls. 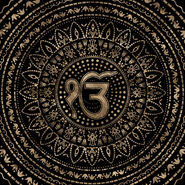 Ik Onkār (Sikhism) or "The Om-Maker" is the spiritually unmanifest Lord in power and the primal manifestation of the Godhead by which all live, move and have their being. It is also understood as an "absolute monotheistic unity of God" who is'the Person beyond time,' the Eternal One, or 'the One without form'.

The Great Spirit (Native American Mythologies) an "anthropomorphic celestial deity," a god of creation, history and eternity, who also takes a personal interest in world affairs and might regularly intervene in the lives of human beings.

Before becoming The Soul King, The Rei-o (Bleach) existed in the pre-existed world were the first humans and spirits co-existed together. At the time his powers were described as “very close to omnipotence and omniscience" and was also called “a man who transcended everything.” The Five Noble Families (Shihoin Clan, Kuchiki Clan, Shiba Clan, Tsunayashiro Clan and Kasumioji Clan) in Bleach soon captured The Rei-o, and with his powers created the three worlds - The Human World, Hueco Mundo and The Soul Society.

As The Original Spirit, Arceus (Pokemon) is the single most powerful known entity in the franchise and the origin of the creation of the whole Pokémon Reality, with the true forms of the Creation Trio and the Lake Trio being just mere extentions of its being. He created the very concepts of Time, Space, Matter, Antimatter, Emotion, Knowledge and Willpower that shape the Pokémon World directly from its being and controls all the Pokémon Reality, which is made from at least a countless to likely an infinite number of universes and pocket realms.

The Fireman (Twin Peak) is the masculine side of The God Energy and one of the personifications of God who presides over The White Lodge, a world believe to be the abode of the spirits who rule over men and nature, and the final resting place for righteous souls who endured the trials of the White Lodge's shadow-self - the Black Lodge, and achieved spiritual perfection.

God (Star Maker) as The Absolute Spirit exists fully unmanifest outside of time and being transcendent over all of its creations.