Para Brahman (Hinduism) is the "Highest Brahman" that which is beyond all descriptions and conceptualisations and thus perfectly transcends all things.

"God is a being of transcendent and unlimited perfections: his nature therefore is incomprehensible to finite spirits."
― George Berkeley

It may be impossible to categorize or find an exact description for them in any way as they can exist completely above and beyond all classification and definition. They are unbound and are free to defy absolutely all things; even logic itself.

Usually, users of this power are limitless, eternal, timeless existences with no beginning nor end and are beyond the notion of personality and individuality. They cannot be grasped or understood as a concept at the core of themselves. Users are also distinguished from the totality as their very being completely out-classes it. Comparing the user to everything else would be like comparing a grain of sand to infinity. Thus, the user holds truly unfathomable power greatly exceeding that which exists within the framework of their world.

While they transcend all things and nothing can apply to them unless they wish it to, some may not be all-powerful beings. 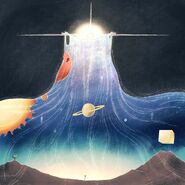 God (Abrahamic Religions) transcends all things. This includes the entire universe, heaven, hell, earth, every man, beast, and all manner of spiritual beings, angelic or demonic. 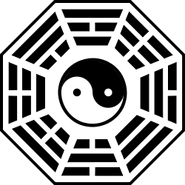 The Tao (Taoism) is understood as the eternally nameless underlying natural order of the Universe whose ultimate essence is difficult to circumscribe due to it being non-conceptual yet evident in one's being of aliveness, When at the core of itself cannot be expressed or understood in language.

Tian (Zhou Theology) is the supreme power reigning over everything.

Sam Howell/SCP-3812 - A Voice Behind Me (SCP Foundation) unfathomably towers above anything/everything that supersedes it, even itself. If anything becomes more powerful than it then by the definition of its narrative it will instantly become even more powerful than that being/thing in every way.

The Source (DC Comics) is the source of all that exist. It is what created "The Hands", super celestial beings who in turn created infinite multiverses within The Overvoid and thus transcends everything in DC Comics.

The Presence (DC Comics) is mentioned to be the same or connected to The Source...

being The Unseen Hand that pulled the raw materials of the multiverse known as "The Seven Forces of the Universe" so "The Hands" can take them and shape them into functioning multiverses throughout the void of the greater omniverse.

Monitor-Mind The Overvoid (DC Comics) is the conscious greater omniversal void as well as the canvas of all creation that transcends and encompasses all created multiverses in it's infinite and immaculate self.

Originating as a replicsimile, a duplicate of Pickle Inspector (Problem Sleuth) ascended above all things and now resides as the serene, omnipotent master of all realities known as "Godhead Pickle Inspector".

The Great Reason (Shin Megami Tensei) also known as “The Axiom” is the highest manifestation of mankind, the binding force of existence and the deepest part of the Collective Unconscious which represents the initial state of humanity, and therefore acts as a blank canvas of nothingness holding infinite possibilities within itself, from which all of existence first emerged, and the mechanism through which Human Observation shapes reality, with all Gods and Demons being born as manifestations of itself that embody the differing aspects and attributes of humanity, while the canvas itself remains pure and indistinct.

The Luminous Being (Forgotten Realms) is fully transcendent of everything in the Dungeons and Dragons setting.

God (Star Maker) as The Absolute Spirit exists fully unmanifest outside of time and being transcendent over all of its creations.

One aspect of God (Unsong) more abstracted and concealed than the Ein Sof is “The Atzmus”, the nameless and unmanifest aspect of The Divine which no thoughts reach, being a state that is neither the wholeness of God [1] nor the emptiness of nonexistence [0], completely unrepresentable by anything but the absence of information itself, without any binary digits whatsoever, and transcends and permeates all levels.

The Essential Divinity (World of Darkness) also known as The "I AM THAT I AM" is the overarching unity that underlies all of Creation and beyond, and "exists" in a state completely beyond names, identities and conceptualizations, with even the act of assigning a face and a personality to it only resulting in the birth of a lesser manifestation of its essence, among which are Godheads such as Jehovah.

Bondye (World of Darkness) is the source and vessel through which all things are possible, and is considered to have no limitations or restrictions whatsoever, being unreachable and unable to be spoken to even by the most powerful of the Gods, and acting as the prime sustainer of all reality, without which every aspect of it would cease to exist.

The One Giver (World of Darkness/Demon:The Fallen) is vastly above all other beings in the Demon:The Fallen setting, This includes all of The Elohim who are nothing more than Fragments of The One Giver and must filter their omnipotence through it and The Tellurian, which is stated to have Countless Dimensions.

Gan (The Dark Tower) is completely transcendent from the concept of infinity and the dark tower, viewing it as nothing more than a work of fiction.