Son Goku (Dragon Ball) could fight on equal terms with Muten Rōshi, his martial arts sensei after only eight months of training.

Develop at a highly accelerated rate.

"Willow always had all the power. Even before she knew what to do with it. It came so easy for her. The rest of us, we had to work twice as hard to be half as good!"
― Amy Madison, Buffy the Vampire Slayer

"When was it that the transformation to the legendary warrior of the Saiyan race was reduced to a child's plaything?!"
― Vegeta, Dragon Ball Z

"It's strange. For the longest time, I've been watching this boy. Just as Ri Boku-sama did. Observing him mature... His growth but... his rate of growth has been... Far greater than anything we predicted. Just when did he reach this level of strength?!"
― Kei Sha on Ri Shin during their duel. (Kingdom)

The ability to develop skills, traits, and abilities faster and more effectively than should be possible. Sub-power of Enhanced Potential, Child Prodigy, Old Prime, and Instant Learning. Not to be confused with Accelerated Aging, Accelerated Muscle Development, Accelerated Growth, Accelerated System Development, and Self-Power Augmentation.

Users can improve their natural abilities far faster and to a greater extent or beyond the limitations of other members of their species. This applies at a genetic level, allowing the body to keep up with the user's own rapidly developing skills/physical attributes, and at an intellectual level, to which their mind/mental capabilities can develop beyond their normal limits. Users with superpowers benefit the same way, as this power even allows them to awaken any latent abilities within them.

As a result, user can (eventually) benefit from training that would otherwise cripple or kill a normal human being.

Alice Fuji (Arachnid) was able to become an incredibly dangerous assassin on the same level as her mentor after only two weeks of training.

Ichigo Kurosaki (Bleach) grasps the basic control of advanced techniques of Bankai in 3 days where it would take several years for even the most gifted Shinigami.

Son Goten and Trunks (Dragon Ball Z) unlocked the base Super Saiyan form with ease at age 7 and 8, respectively. 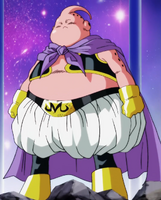 Despite his childish intellect at best, Majin Buu (Dragon Ball series) is surprisingly able to learn new techniques and tactics on the spot, even after only seeing them performed once.

Caulifla (Dragon Ball Super) is a female Saiyan from Universe 6 said to have far more potential than her older brother, an experienced warrior...

...became Super Saiyan after being instructed once... 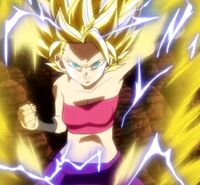 ...and further developed by battling against Goku in the Tournament of Power.

Medaka Kurokami (Medaka Box) is naturally gifted, able to learn, memorize, recall, understand, master, and utilize anything and any skill by experiencing or observing it, within seconds, and has a limitless capacity for learning and growth.

Having an incredible gift for Haki, Monkey D. Luffy (One Piece) was able to learn everything Silvers Rayleigh had to teach him in a year and a half despite the old veteran saying that two years was too short a time to learn the basics.

Whether it be martial arts or his military career, Ri Shin (Kingdom) possess adaptability and development that can only be called monstrous...

...by the age of 14 years old, he was already a master swordsman as his martial aptitude had already far suppressed the normal limits of an average warrior of the state of Qin's soldier caste...

...and quickly rose through the ranks of the Qin military with incredible ability and talent as he attained the ranks of 100-Man Commander - 5,000-Man commander in his mid to late teens...

...later becoming a General in his early 20s in the span of 9 years since entering the Qin military. 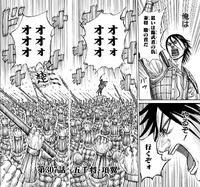 While already an impressive 1,000-men commander, Kou Yoku (Kingdom) was able to lead a hastily assembled 5,000 strong army just a day after being promoted...

...and later became a General of Chu capable of leading over 10,000 soldiers in his early 20s.

Aang (Avatar: The Last Airbender) has incredible aptitude in the bending arts, becoming an Airbending master at age 12 and a fully realized Avatar within a year.

Danny Fenton/Phantom (Danny Phantom) is able to quickly learn some new techniques by just one look and without having any training on his part.

Michael Holt/Mr. Terrific (DC Comics) has a "natural aptitude for having natural aptitudes," allowing him to easily pick up and retaining complex skills and abilities that others spend their entire lives perfecting.

As a teen, James "Bucky" Barnes (Marvel Comics) studied every combat move of Steve Rogers in a few days and was trained with the same instructors who taught him.

As the Slayer, Buffy Summers (Buffy the Vampire Slayer) possesses a natural aptitude combat and demon hunting, mastering the quarterstaff during her first lesson.

Willow Rosenberg (Buffy the Vampire Slayer) has a natural talent in magic and witchcraft, becoming so powerful after a mere four years of practicing it that, according to Amy Madison, other magic practitioners had to "work twice as hard to be half as good."

Link (The Legend of Zelda: Breath of the Wild) is a natural prodigy in various regards, able to overcome grown men in sword fights by the time he was four years old.

...and learning how to speak and read fluent Chinese after a few months of listening to it.

...picking up swordsmanship quickly enough to defeat a dragon and the Knights of the Round Table after a few lessons... 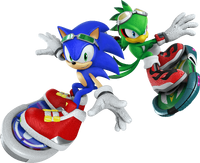 ...and getting the knack of operating Extreme Gear quickly enough to go toe-to-toe with Jet the Hawk, the Legendary Wind Master, in his first race.

Milla Maxwell (Tales of Xillia) has an impressive growth rate, becoming proficient in swordplay after only a few lessons and learning how to perform Spirit Artes instinctively. 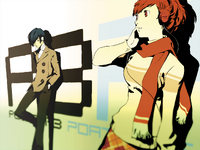 Minato and Minako Arisato (Persona 3) are both natural prodigies in all regards, learning and excelling in their tasks whether it's acting as the SEES leader or passing all their classes, clubs, and mastering their personas without even trying.
Português do Brasil
Community content is available under CC-BY-SA unless otherwise noted.
Advertisement