The power to activate and deactivate various mechanisms, both electronic and biological. Sub-power of Functionality Manipulation, Technology Manipulation and Biological Manipulation.

The user can switch between functions with physical force. At the user’s desire, a TV can turn on, off, pause, change channel, etc., even when unplugged. May also include other simple electronic devices such as automated door locks or security cameras. This can sometimes be used to activate and deactivate powers.

Biologically a user of this power could activate or shutdown vital organs or cause sensory paralysis by switching off their senses (e.g. taste, sight etc.).

The Lightning Bomb (Bomberman 64: The Second Attack) can activate or deactivate machinery. 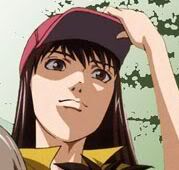 Kei Kuruma (Project Arms) can activate or deactivate the arms of anyone who has arms powers.
Add a photo to this gallery
Retrieved from "https://powerlisting.fandom.com/wiki/Activation_%26_Deactivation?oldid=1614070"
Community content is available under CC-BY-SA unless otherwise noted.