Primal's (Marvel Comics) Hyper Instincts unable his mind to quickly adapt to different scenarios, whether on battlefield or even in a courtroom.

The power to mentally adapt to new/changing situations.

The user can adapt mentally to any situation/condition/event/environment, never being caught off guard in sudden changes, and instantly reacting to new situations. They instantly and automatically analyze and understand any environment or situation, and deduce the most optimal course of action, allowing them to make the right decision in all situations.

The Joker (DC Comics) is stated to suffer from a type of "super-sanity", recreating his mind and personality each day; he can either be a vicious killer or a harmless clown, depending on which one benefits him the most. 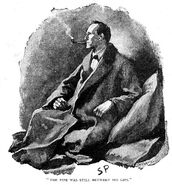 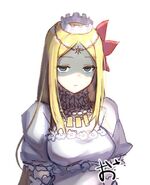 Having lived for over a thousand years, Fugil Arcadia (Undefeated Bahamut Chronicle) knows how to adapt to any situation he finds himself in.

Ozymandias (Watchmen) can adapt to any situation and pick the right response for any possible outcome, allows him to pull victory despite all odds facing his plan.
Add a photo to this gallery
Retrieved from "https://powerlisting.fandom.com/wiki/Adaptive_Mind?oldid=1703264"
Community content is available under CC-BY-SA unless otherwise noted.