A centaur is a classic example of this.

The power to grow or possesses additional limbs. Sub-power of Limb Manipulation. Variation of Appendage Generation.

User can grow or possesses additional limbs, including arms, legs or heads.

A Flower Human, Nico Robin (One Piece) can generate additional limbs thanks to the power of the Hana Hana no Mi. 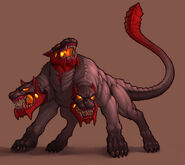 Cerberus (Greek Mythology) was a 3 headed dog that guarded the underworld. 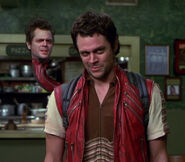 Scrad (right) and Charlie (left) from Men in Black 2

Shiva (Hindu Mythology) can have as many arms as he wishes. 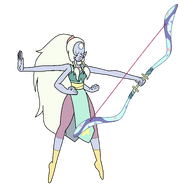 Inklings (Splatoon), having evolved from squids, possess ten limbs, even in human form.

A comparison of an Inkling and a real-life squid.

DJ Octavio (Splatoon), like all Octarians, having evolved from octopi, possesses additional limbs. He in particular possesses eight.

Annie (Splatoon), being a sea anemone, has multiple limbs for hair.

Jelonzo (Splatoon), being a jellyfish, has multiple limbs.

Crusty Sean (Splatoon), being a Japanese tiger prawn, has 10 limbs.

Goro (Mortal Kombat) is a Shokan, a member of a subterranean warrior race with four arms. 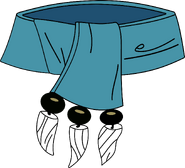 Lee (Your Pretty Face Is Going To Hell) generating an extra arm out of her foot.

Yatsude (Yu Yu Hakusho) lives up to his name ("Eight Hands").
Add a photo to this gallery
Retrieved from "https://powerlisting.fandom.com/wiki/Additional_Limbs?oldid=1640504"
Community content is available under CC-BY-SA unless otherwise noted.