Monica Dawson (Heroes) sees a wrestling move on TV and then flawlessly demonstrates it.

The user can copy any movement/action after seeing it performed once, including acrobatics, martial arts, and other physical stunts. With these skills they can become masters and incredible at what they do, by combining what several forms and movements in rhythmic motions instead of using the same thing over.

User can copy how a person aims, giving themselves incredible marksmanship; however, if they wanted to use certain weapons, they would have to watch a person fire that weapon in order to be able to copy it (such as how to fire a rifle, as opposed to how to fire a bow, or how to throw knives or darts).

As a result of her cheerleader training, Cordelia Chase (Buffy the Vampire Slayer/Angel) only needs to be shown a move once before being able to mimic it. 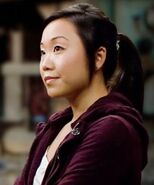 Kat (Alphas) is an Adomopathic, which allows her to copy any physical action perfectly on observation.

Ryōta Kise (Kuroko no Basuke) is a fearful basketball opponent, because he has copycat that allow him to copy any his opponent's skill and technique, but plays it with more power and speed than the original. 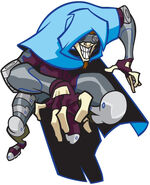 Humandrills (One Piece) are intelligent and powerful primates who self-taught themselves various fighting skills solely from observation...

for example Zoro's Santoryu.
Add a photo to this gallery
Retrieved from "https://powerlisting.fandom.com/wiki/Adoptive_Muscle_Memory?oldid=1000568"
Community content is available under CC-BY-SA unless otherwise noted.