Monica Dawson (Heroes) flawlessly copies a gymnast movement after observing it once from a computer.

The user can copy any human movement after seeing it performed. Can achieve acrobatics, martial arts, and physical stunts. With these skills they can become masters and incredible at what they do, by combining what several forms and movements in rhythmic motions instead of using the same thing over.

Fighting against people who move out of an erradic and unpredictable nature is nearly impossible and can not be memorized. Copying movements from say an Olympic gymnasts can allow the person to know what is coming next.

Can copy how a person aims, giving themselves incredible marksmanship, though if he or she wanted to use certain weapons they would have to watch a person fire that weapon to be able to copy it. Such as how to fire a rifle as opposed to how to fire a bow, or how to throw knives or darts.

With this ability, users can even improve upon techniques they have learned.

In some cases, the user simply knows how to fight instinctively and can easily hold his/her own against experienced combatants.

Monica Dawson performing 619 on a would-be robber after seeing on WWE with Rey Mysterio. 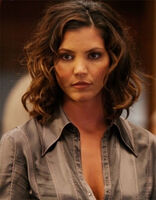 As a result of her cheerleader training, Cordelia Chase (Buffy the Vampire Slayer and Angel) only needs to be shown a move once before being able to mimic it. 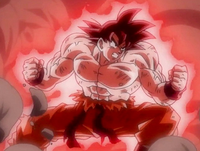 Son Goku (Dragon Ball), like all Saiyans, is a natural born fighter and can easily learn and improve upon fighting techniques after seeing them in action. 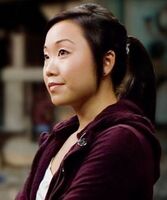 MechaMew2 (Pokemon Live!) can learn any Pokemon's attack by observation.
Add a photo to this gallery

Retrieved from "https://powerlisting.fandom.com/wiki/Adoptive_Muscle_Memory?oldid=182358"
Community content is available under CC-BY-SA unless otherwise noted.