Be immune to the negative effects of aging.

The power to be unaffected by the negative effects of aging. Technique of Age Manipulation. Variation of Selective Invulnerability.

The user is immune to the negative effects of aging. With this power, one could play sports well, even at an old age. Also with this power, one could have an overall strong body, no matter how old they are. Their condition does not deteriorate with age at all, and the user remains at optimal condition and can do things that may require being younger to be able to be done in the first place.

Diamondhead (Ben 10) is immune aging due to being made of diamonds, which don't age. 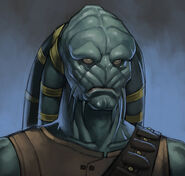 Feeorin (Star Wars)
Add a photo to this gallery

Retrieved from "https://powerlisting.fandom.com/wiki/Aging_Immunity?oldid=1723945"
Community content is available under CC-BY-SA unless otherwise noted.