Surround oneself in air/wind

The ability to surround oneself in air/wind. Technique of Air Manipulation. Variation of Elemental Aura and Gas Aura.

The user can release and surround themselves in/with air/wind for defensive and/or offensive purposes, possibly becoming almost untouchable and granting them various abilities/attacks. The aura may also give the user enhanced physical capabilities such as speed, strength and durability. 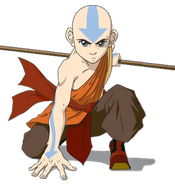 Midorikawa Nao/Cure March (Smile Precure) powered up with wind aura attacks with March Shoot Impact
Add a photo to this gallery
Retrieved from "https://powerlisting.fandom.com/wiki/Air_Aura?oldid=1716646"
Community content is available under CC-BY-SA unless otherwise noted.