Swim in the air

"Luckdragons are creatures of air, warmth, and pure joy. Despite their great size, they are as light as a summer cloud, and consequently need no wings for flying. They swim in the air of heaven as fish swim in water."
― The Neverending Story

The power to swim in the air. Variation of Elemental Swimming and Flight.

The user can able to swim through the air like it was water.

Moe (Splatoon, the clownfish) can (somehow) swim through the air around Annie's (the sea anemone) "hair". 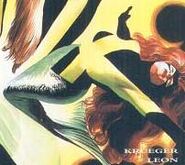 Mermaid (Marvel Earth-9997) is able to "Swim" in the air.
Add a photo to this gallery
Retrieved from "https://powerlisting.fandom.com/wiki/Air_Swimming?oldid=1499408"
Community content is available under CC-BY-SA unless otherwise noted.