The Deathwatch (Warhammer 40,000) is the Chamber Militant of the Ordo Xenos in the Inquisition, dedicated to killing alien threats.

The power to kill aliens. Variation of Supernatural Hunter Physiology.

The user can kill an alien of any kind, being able to take on even the strongest of aliens there may be, and gain resistance to their powers and traits. No matter what kind of alien the user fights, the user can handle slaying them. 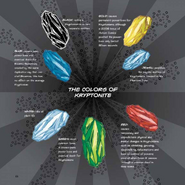 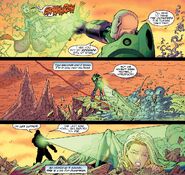 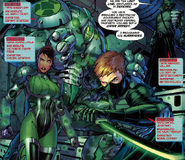 The Last Line (DC Comics) can use Kryptonite weapons to fight Kryptonian threats.

Isaac Clarke (Dead Space series) is known as a Marker Killer, a title given to him by destroying extraterrestrial entities.

Amberly Vail, an Inquisitor of the Ordo Xenos (Warhammer 40,000).
Add a photo to this gallery
Retrieved from "https://powerlisting.fandom.com/wiki/Alien_Slayer?oldid=1538149"
Community content is available under CC-BY-SA unless otherwise noted.