Transform others into aliens.
The power to transform people into alien creatures. Variation of Conversion.

The user is able to transform other beings into alien creatures.

The Highbreed Pulse Generator (Ben 10: Omniverse) is able to alter DNA after being reprogrammed… 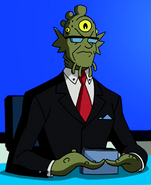 …and was used to convert Will Harangue into an alien. 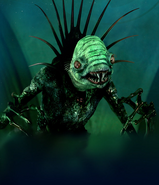 Saturnyns (Doctor Who) could convert other species into members of their own kind via blood transfusion.

Sarah Kerrigan (StarCraft) was converted into an Infested Terran by the Zerg.
Add a photo to this gallery
Retrieved from "https://powerlisting.fandom.com/wiki/Alienization?oldid=1287722"
Community content is available under CC-BY-SA unless otherwise noted.