Kuja (One Piece) are a tribe of all female fighters found on the island of Amazon Lily.

Use the traits of amazons.

Power to use the abilities of amazons. Variation of Human Physiology. Female counterpart to Gargarean Physiology.

User with this ability either is or can transform into an Amazon, one of the all-female warriors in Greek mythology and classical antiquity. 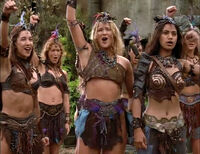 The Amazons of Themyscira (DC Comics) are a race of powerful warrior women.

Diana of Themyscira/Wonder Woman (DC Comics), the daughter of Hippolyta, Queen of the Amazons, and Zeus, the mightiest of the Gods of Olympus. 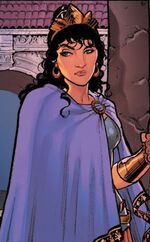 Hippolyta (DC Comics) Queen of the Amazons and mother of Wonder Woman. 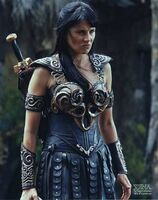 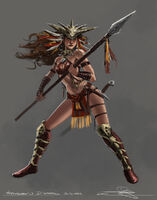 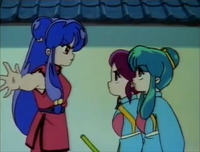 Nabooru (The Legend of Zelda: Ocarina of Time) 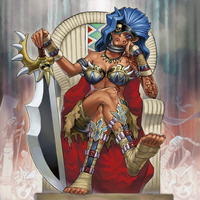 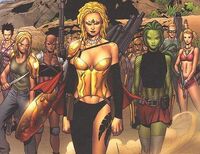 Amazons (Marvel Comics)
Add a photo to this gallery
Retrieved from "https://powerlisting.fandom.com/wiki/Amazon_Physiology?oldid=1692493"
Community content is available under CC-BY-SA unless otherwise noted.