Use the traits of androids.

"My name is Victor Mancha and I am an android. Like father like son, sort of. He built me to infiltrate and kill all the Avengers. So that way, you could say I've been a great disappointment to him. I guess that makes us even."
― Victor Mancha (Marvel Comics)

The user either is or can transform into an android; a robotic artificial being designed to resemble as a human to imitate life and fundamental human like systems for interactions. Androids are often known to be made from an artificial form of organic-like material to resemble an organic life form to help imitate humanoid life making them functional and realistic.

Aida (Agents of SHIELD) was a capable form of android called the Life-Model Decoy, she even managed to bypass her coding system to kill her maker and used Darkhold to make herself a superpowered human.

Marcus (Detroit: Become Human) leading Deviants; androids who develop human qualities such as empathy, self awareness, free will and even faithfulness.

Victor Mancha (Marvel Comics) is a bionic physiology with human appearance and qualities created by Ultron.

Vision (Marvel Cinematic Universe) is an advance android powered by the mind stone. 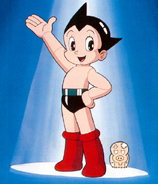 Frankie Gaines (I Am Frankie) 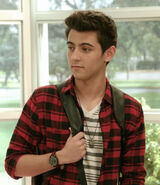 Andrew LaPierre (I Am Frankie)

Simone (I Am Frankie)

Andrew Martin's (Bicentennial Man) both his robot and android form. 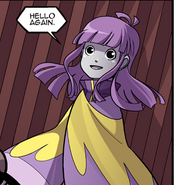 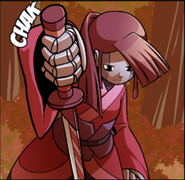 Chitti and Nila (2.0 Film) are both androids.

Zane (Lego Ninjago: Masters of Spinjitzu) is a Nindroid with the Elemental Power of Ice. He has ton of abilities, making him the smartest and well prepared member of the team. He also is a master of Six Sense.

The SOONG-Type Androids-2
Community content is available under CC-BY-SA unless otherwise noted.
Advertisement