The power to create angelic beings. Sub-power of Angel Manipulation. Variation of Life Creation. Opposite to Demon Creation. Not to be confused with Angelization.

The user can create angels from nothing and bend them to their will, the user can eventually spawn hordes of divine angelic beings to serve and fight on their behalf.

As the first Quincy, Yhwach (Bleach) can grant power to other Quincy...

...such as the ability to preform Vollständig...

...a form that grants Quincy angelic traits and in some cases godlike power.

The Grand Minister (Dragon Ball Super) is the father/creator of all the other Angels. 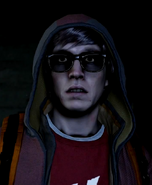 Eugene Sims (inFamous: Second Son) is a conduit with the power of "Video", allowing him to summon angels and demons from the game Heaven's Hellfire.

God (Supernatural), also known as Chuck Shurley, creator of the universe and the angels that worked for him.

Goddess (Lucifer), mother of all angels.

The Presence (Vertigo/DC Comics) created the Host of Heaven to act as his willing servants... 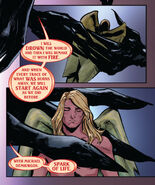 ...and was even able to remake the dead archangel Micheal in his reborn state.

The angel that Babbo turns into was created from Ginta's (Marchen Awakens Romance) imagination.
Community content is available under CC-BY-SA unless otherwise noted.
Advertisement