The user can manipulate angels. Sub-power of Supernatural Manipulation. Variation of Mythic Manipulation and Life Mastery. Opposite to Demon Manipulation.

The user can create, manipulate, and destroy angels. They can use angels to perform all kinds of tasks. 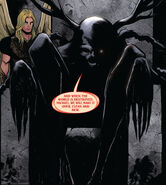 After his malformed rebirth, the Presence (DC/Vertigo) was able to take control of almost every angel he ever created... 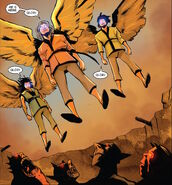 ...robbing them of their free will and forcing them to rebuild the Silver City.
Add a photo to this gallery
Retrieved from "https://powerlisting.fandom.com/wiki/Angel_Manipulation?oldid=1499529"
Community content is available under CC-BY-SA unless otherwise noted.