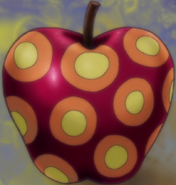 The Cranky Wizard (Samurai Jack) unleashes a transformative blast that turns his victims into chickens.

SCP-4670 - Pigs in Blankets (SCP Foundation) is a former serial killer who can turn humans into pigs, an ability she used on several police officers in order to butcher them, cook their carcasses, and then serve them at her BBQ restaurant.
Add a photo to this gallery
Retrieved from "https://powerlisting.fandom.com/wiki/Animal_Transmutation?oldid=1456778"
Community content is available under CC-BY-SA unless otherwise noted.