The Blue Fairy (Disney's Pinocchio) brings Pinocchio to life and later turned him into a real boy.

The ability to give non-human creatures or inorganic items anthropomorphic traits. Combination of Animation and Humanization.

The user can grant the attributions of human characteristics or behavior to non-living objects or even concepts life and anthropomorphic form/intelligence, change animals and plants into more humanoid in form and abilities and change pictures and paintings into three-dimensional beings. These new beings can use the abilities of their former state in addition to their new humanoid skills.

Arrancar (Bleach) are Hollows that have gained a human-like form and regained their sense of reason while losing their hunger. The stronger the Hollow, the greater the chance of success in becoming humanoid. 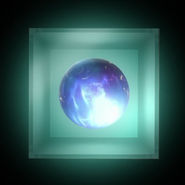 The Hōgyoku's (Bleach) ability to manifest the potential of any creature makes it one of the most guaranteed and succesful methods to turn a Hollow into an Arrancar.

The Ancient Sleeping Magi of Life Giving (Adventure Time) is a wizard who’s touch has the power to bestow life - complete with faces and limbs - to inanimate objects, their personalities depending on his mood.

Italy (Hetalia: Axis Powers), is the human embodiment of a country like every other country in the hetalia universe. 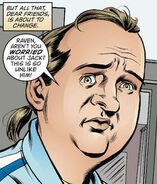 Gary, better known as "The Pathetic Fallacy" (Jack of Fables), is a literal that can bring any inanimate object to life - complete with faces and animation - by talking to them.

Yen Sid’s Hat (Disney’s Fantasia) is used by Mickey to bring his broom to life, compelling it to do his chores for him.

Diana (Marchen Awakens Romance) used powerful dark magic to bring a doll named Pinocchion to life. She promised to go even further and make him human if he succeeded in killing her younger sister Dorothy.

Charlotte Linlin/Big Mom (One Piece) can use the souls of her subjects to give life and anthropic features to everyday household items, animals, plants, mountains, etc. …

…and used her own soul she created a living Sun, a Thundercloud and a Bicorn Hat.

Carmel (One Piece) infused her own soul into a massive inferno…

…compressing it into an animated Sun named Pandora.
Add a photo to this gallery
Retrieved from "https://powerlisting.fandom.com/wiki/Anthropomorphism?oldid=1749526"
Community content is available under CC-BY-SA unless otherwise noted.