Thanks to having no mana, Asta (Black Clover) is one of the very few people in the world who can wield and use Anti-Magic Weapons like the Demon-Slayer Sword to face down magical foes by negating their powers.

The ability to wield or create weapons that counteract or nullify a specific type of power. Sub-power of Anti-Power Manipulation. Variation of Power Opposition and Power Weaponry.

User can to create or wield weaponry with the ability to negate, oppose, or otherwise neutralize or limit the abilities of a certain power, in high level cases even outright removing the power from the victim. This ability is not only specific to mystic weapons, but also technologically advanced weapons. The power of the weapons depends on what they were created for or what level of counteracting potential possess. 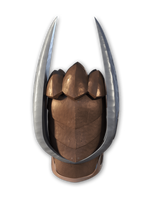 Copen "The Adept Slayer" (Azure Striker Gunvolt series) can fire bullets made from Carrerra's Septima to neutralize the powers of Adepts. 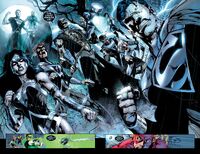 The Black Lantern Corps (DC Comics) can sever others' connection to the Emotional Electromagnetic Spectrum.

The Undertakers (Deadman Wonderland) use their Worm Eater to oxidize the "Nameless Worm" that allows Deadmen to use their Branches of Sin, instantly disabling the powers. 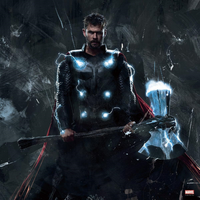 ...and counter the Infinity Gauntlet.

Nenekirimaru (Nura: Rise of the Yokai Clan) is a spirit blade that only harms yokai, increasing in power with every yokai it cuts.

Smoker (One Piece) uses Nanashaku Jitte, a jitte with a Seastone tip that allows it to easily disable users of Devil Fruit powers.

Clark Kent (Smallville) being blasted and neutralized by Kryptonite tasers.

Mandalorian vambraces (Star Wars) are made specifically to counteract a Jedi's Force powers.

Quinques like Amon's Doujima (Tokyo Ghoul) are formed from the kagune of ghouls specifically to kill ghouls. 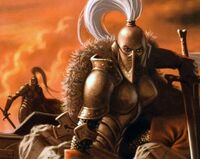 The Sisters of Silence (Warhammer 40,000) utilize a host of anti-psyker weapons in addition to their natural Anti-Psychic Presence.

"Black Arm" Zephyr, a.k.a. Z (One Piece: Flim Z) uses weaponry made from Sea-Prism Stone/Seastone, a substance that can weaken users of Devil Fruit powers.

Norman Osborn/Green Goblin (Marvel Comics) created a gas specifically to target and negate Spider-Man's spider-sense.
Add a photo to this gallery
Retrieved from "https://powerlisting.fandom.com/wiki/Anti-Power_Weaponry?oldid=1620001"
Community content is available under CC-BY-SA unless otherwise noted.