Have the traits and abilities of Archangels

The power to have the traits and abilities of the Archangels. Variation of Transcendent Physiology and Angel Physiology. Opposite to Archdemon Physiology.

The user can have the traits and abilities of the Archangels (literally chief angel). Beings similar to archangels are found in a number of religious traditions (including Zoroastrianism); but the word "archangel" itself is usually associated with the Abrahamic religions of Judaism, Christianity and Islam. 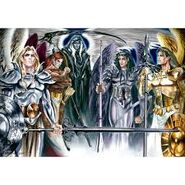 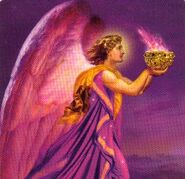 Gabriel (To Aru Majutsu no Index)

Ramiel (Valkyrie Crusade)
Add a photo to this gallery
Retrieved from "https://powerlisting.fandom.com/wiki/Archangel_Physiology?oldid=1228507"
Community content is available under CC-BY-SA unless otherwise noted.