Sheev Palpatine/Darth Sidious (Star Wars), Dark Lord of the Sith of the Order of the Sith Lords, recorded by history as the most powerful who had ever lived, his entire life was the culmination of a thousand-year plan to overthrow the Jedi Order and the Galactic Republic from within, to forever subdue the Galaxy under his tyrannical rule.

"I am power unlike any you have known: absolute, infinite, and unrelenting. You have no choice but to prepare for a long dark future as my subjects—and my slaves."
― Darkseid, Superman: The Animated Series, "Apokolips... Now! (Part 2)

"How many times must we face your kind? Would-be conquerors and master races, so full of your own superiority you will not see reason or hear the voice of sanity?!"
― Martian Manhunter (DC Comics)

The ability to use the powers and characteristics of a Dark Lord archetype. Note that this is essentially a definition of an archetype. Opposite to True Hero.

User is a Dark Lord, villain usually seeks to rule or destroy the universe around them, powerful evil being who viciously rules over lesser evil beings and desire to rule their respective existences and corrupt as well as destroy everything they touch. They possess malevolent abilities and often command fiendish minions. These individuals also love to seduce others to join their side and then use them for their own hellish purposes. Anyone can be a Dark Lord; some are human, many have demonic natures and certain holders of the title are actually manifestations of the Prince of Darkness himself.

Satan (Abrahamic Religions) is the most famous Dark Lord.

Sauron (The Lord of the Rings), the Enemy of the Free-Peoples of Middle-Earth and Dark Lord of Mordor. 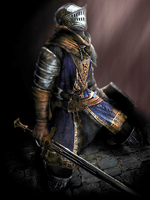 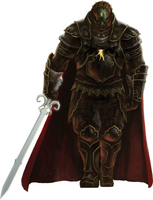 Ganondorf (The Legend of Zelda) is a Dark Lord who is endlessly reincarnated to threaten Hyrule time and time again. 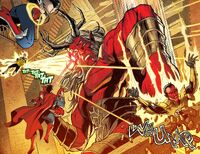 Lucia Raregroove (The Rave Master), the one chosen by the Five Mother of All Dark Brings and sought to destroy the Parallel World and return to the Real World.

The Sith Order (Star Wars) was a sect of Force-sensitives who utilized the Dark Side of the Force.

Naga Sadow (Star Wars Expanded Universe), master Sith Alchemist and Dark Lord of the Sith who took the Sith Empire to the brink of galactic domination in the Great Hyperspace War. 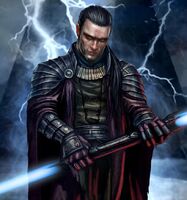 Exar Kun (Star Wars Expanded Universe) Jedi Knight who fell to the Dark Side, assumed the mantle of Dark Lord of the Sith, and waged a destructive war against the Jedi Order, and the Galactic Republic during the era of the Old Sith Wars. 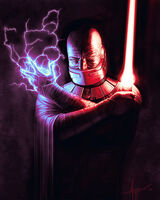 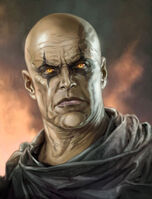 Darth Bane (Star Wars Expanded Universe), The Sith'ari (Lord or Overlord), and the Dark Lord of the Sith who was responsible for creating the Rule of Two.

Darth Tenebrous (Star Wars Expanded Universe) also known as Rugess Nome, was a Dark Lord of the Sith who followed the lineage of Rule of Two.

Darth Plagueis (Star Wars Expanded Universe), Dark Lord of the Sith obsessed with Eternal Life, he experimented with ways to cheat death and create new life from the Midi-chlorians and instructed Darth Sidious.

Darth Vader (Star Wars) was the Galaxy's most well-known and feared Dark Lord of the Sith, who served as the Emperor's right-hand and enforcer, hunting down Jedi survivors and enforcing the will of the Galactic Empire for years.

Count Dooku (Star Wars), Jedi Master who fell to the Dark Side of the Force and became a Dark Lord of the Sith, known as Darth Tyranus.

Darth Krayt (Star Wars Expanded Universe), founder and leader of the One Sith. He rebuilt the Sith Order and kept its existence hidden from the Jedi by cloaking their presence on Korriban. 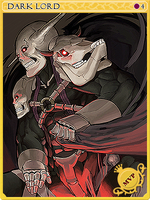 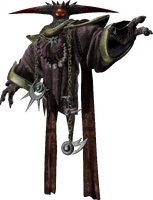 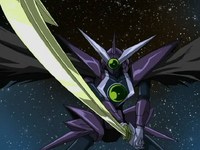 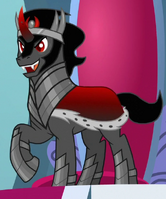 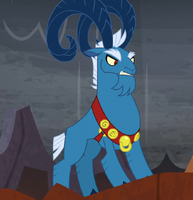 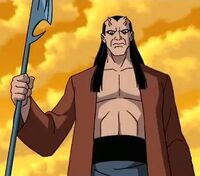 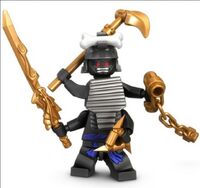 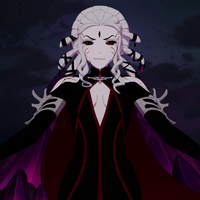 Salem (RWBY) the fallen maiden, who sought to destroy humanity.
Add a photo to this gallery