One of the greatest chefs in the world, Sanji (One Piece) can easily turn leftovers into gourmet meals with expert finesse and skill.

Use the archetypal traits of a master chef.

"Yes what I say is true, anyone can cook... but only the fearless can be great."
― Chef Gusteau (Ratatouille)

"You are a hundred years too young to challenge me as a chef, stupid boy! I am a man who has cooked on all of the seas in the world."
― Zeff to his student, Sanji (One Piece)

"To eat...is to live...I'm a chef...To help, without fail, those who're in need...Whatever the age we live in...And Whatever happens...That alone, I'll Never back down from!"
― Ken to Nobunaga Oda (Chef of Nobunaga)

The power to use the archetypal traits of a master culinary artist.

The user is a master chef, a culinary artist of the highest caliber whose cooking skills are truly unmatched. The user can cook anything, and everything they prepare is delicious and irresistible, perhaps even to a supernatural degree. A master chef’s knowledge and skill in the culinary arts is significantly above most, if not all other chefs in the world. 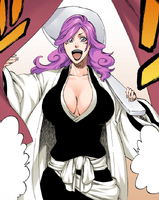 Kirio Hikifune (Bleach) is an unrivalled chef, able to make any dish tastier than anyone has ever eaten it.

Sanji (One Piece) displaying his cooking prowess by preparing an enormous stew singlehandedly.

Streusen (One Piece) is one of the finest pastry chefs in the entire world and the head chef of the gluttonous Big Mom. 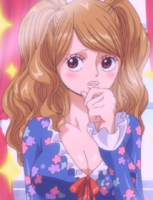 Charlotte Pudding (One Piece) is an incredibly skilled chocolatier, and together with Sanji and her sister Chiffon, made a cake so delicious, it caused people to faint from the slightest taste. 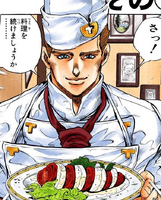 Tonio Trussardi (JoJo’s Bizarre Adventure Part IV Diamond is Unbreakable) is a highly skilled chef who uses his abilities to spread happiness, using his Stand, Pearl Jam to give his food curative abilities. 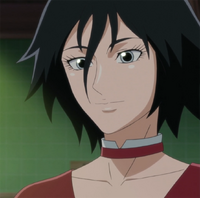 Froese (Toriko) was known as the Legendary Holy Chef for her food was said to be so delicious that it was godlike and far beyond what any other chef could make.

Soma Yukihara (Food Wars) is a highly skilled chef who’s abilities rival the highest ranking of cooks and is especially known for his creativeness and ability to improvise innovative dishes at a whim.

Thanks to his highly developed sense of taste and smell, Remy (Ratatouille) can create the perfect combination of ingredients and flavors, making him a natural born chef... despite being a rat. 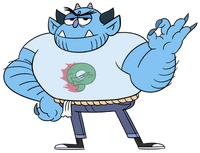 Beardo (O.K. KO: Let’s Be Heroes!) is an exceptional chef, his specialty being burritos. 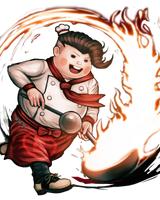 Ruruka Ando (Danganronpa 3) has the talent of Ultimate Confectioner. 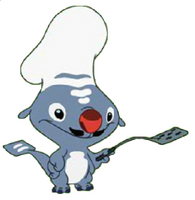 Frenchfry (Lilo & Stitch) was designed to be the perfect personal chef, capable of cooking up addictively delicious food in seconds. 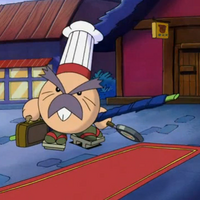 Chef Shitake (Kirby: Right Back at Ya!)
Add a photo to this gallery

In Praise of Humble Ramen

Food Wars Soma Cooking Compilation
Add a photo to this gallery
Retrieved from "https://powerlisting.fandom.com/wiki/Archetype:Master_Chef?oldid=1676020"
Community content is available under CC-BY-SA unless otherwise noted.