"You tried to kill Aquaman. Why?"
"Gee, why would a hired gun try to shoot somebody?"
"....Could it be that someone paid me to?"
― Superman and Deadshot (DCAU)

The power to use the archetypal traits of a mercenary.

The user fulfills the archetype of a mercenary, meaning they take various dangerous jobs in exchange for large sums of money. Unlike hitmen or assassins, mercenaries are more general in their line of work. While they can be hired to kill people, they can also be hired to fight as soldiers in an army, find treasure, steal items, deliver messages, act as bodyguards, etc. 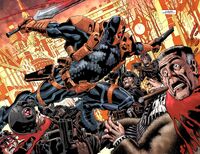 Counter Guardian EMIYA (TYPE-MOON) gained skills working as a mercenary throughout his life. 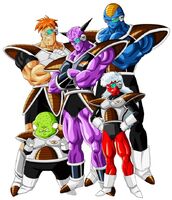 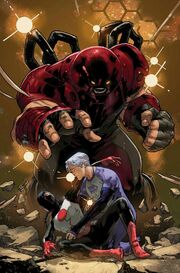 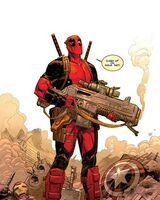 A-Team (The A-Team)
Add a photo to this gallery

Overwatch - Alive Animated Short PS4
Add a photo to this gallery
Retrieved from "https://powerlisting.fandom.com/wiki/Archetype:Mercenary?oldid=1718083"
Community content is available under CC-BY-SA unless otherwise noted.