"Fighting isn't all there is to the Art of War. The men who think that way, and are satisfied to have food to eat and a place to sleep, are mere vagabonds. A serious student is much more concerned with training his mind and disciplining his spirit than with developing martial skills"
― Eiji Yoshikawa, Musashi

"A samurai's body is the manifestation of his spirit. To have a strong body, you must have a strong spirit. So your inner self must cultivated just as much as your outer shell."
― Katsuichi to his student, Miyamoto Usagi (Usagi Yojimbo)

"As a samurai, you must strive for perfection in body and spirit! Duty and honor are the essence of Bushido, the way of the warrior, and should be preserved even at the cost of your own life."
― Katsuichi to his student, Miyamoto Usagi (Usagi Yojimbo)

The archetype for a character who is a samurai. Variation of Soldier.

Samurai are hereditary military officials in feudal japan. They were in charge of keeping up the law from the Taika era to the Meiji era. Samurai were prestigious upper-class warriors. They were trained to police towns and prevent crimes. They were in charge of protection and defense. They protected citizens from robbery and invading forces. Samurai were also in charge of winning wars. They fight in battles to claim new territory. Samurai have a strong sense of poetry. Many samurai had the honor to write haiku. Samurais were excellent swordsmen and many wore iron-plated armor. However, some samurais are depicted without armor. They follow the Bushido code of honor. This means they value wisdom, patience, and serenity. Upon dishonor, they have duty to commit Seppuku.

Seikei (The Samurai Mysteries series) is a merchant's son who trains to become a samurai. 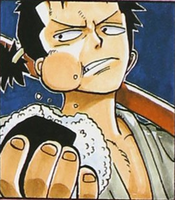 Ryuma (One Piece/Monsters) was a legendary samurai from the Wano Country of the New World.

Though a Ronin who is a foreigner to the Wano Country, Roronoa Zoro (One Piece) is one of the greatest and most honorable samurai-swordsman alive. 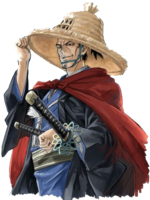 Mifune, the General of the Samurai (Naruto) 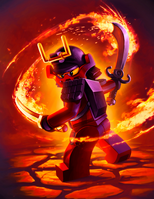 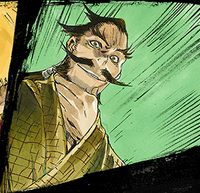 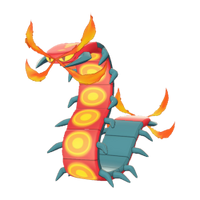 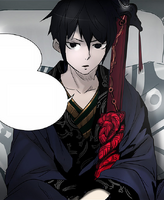 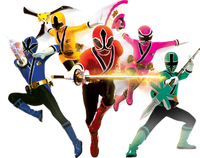 Hyougoro (One Piece) is a legendary champion of Bushido honor and chivalry,

The Kappa Samurai, Kawamatsu (One Piece) is one of Kozuki Oden's most loyal samurai

Kine'mon (One Piece) is the leader of the Nine Red Scabbards, the nine most loyal samurais of the Kozuki Family. 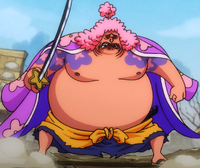 Though he returbed to being an outlaw, Ashura Doji (One Piece) still retained the honor of a Samurai of Kozuki Oden. 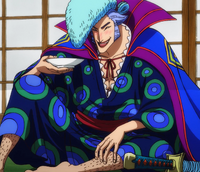 Denjiro (One Piece) is one of the most loyal samurais of Kozuki Oden.

Shinigami or Soul Reapers (Bleach) are a society of spiritual samurai that guard and protect the world of the living.

After Ryuma and Hyogoro, Kozuki Oden (One Piece) is the greatest samurai to have ever lived. 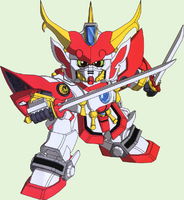 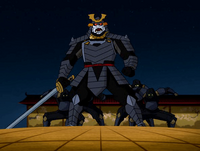 The Black Samurai (Scooby-Doo and the Samurai Sword) 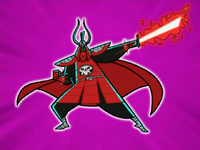 Scarlet Samurai (Danny Phantom)
Add a photo to this gallery 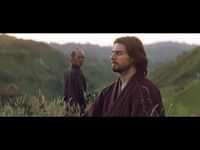 The Philosophy of The Last Samurai
Add a photo to this gallery
Retrieved from "https://powerlisting.fandom.com/wiki/Archetype:Samurai?oldid=1697523"
Community content is available under CC-BY-SA unless otherwise noted.