All Quiet on the Western Front

The Archetype of a character who's in or was formerly in the military. Variation of Archetype:Warrior.

The user is a soldier, meaning they've trained in the military and know military tactics. In that regard, are trained to be at the pinnacle of human physicality, even instructed to be prepared and skillfully maneuver in all manner of situations.

For the expectations of war and its takeaways, they are aware of the risk of death, so they are hardened enough to accept it. They have a notable understanding of war and the actions they have to take in such conflicts. For that reason, they are adaptive, flexible in their methods, and possess an increased amount of stamina to deal with prolonged combat or possible skirmishes. 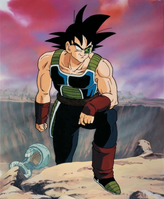 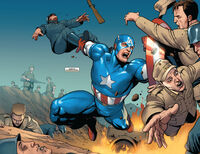 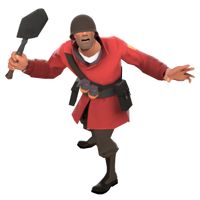 Jane Doe/The Soldier (Team Fortress 2) had a rampage in WW2 that only ended when he heard that the war ended in 1949. He went to Europe by himself due to being rejected from every branch of the U.S. Military. 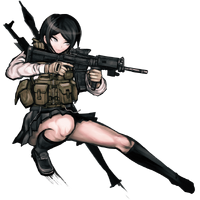 Mukuro Ikusaba (Danganronpa) is known as the ultimate soldier in the Danganronpa universe.

Schindler's List (5-9) Movie CLIP - A Small Pile of Hinges (1993) HD
The Nazis were among the most notoriously evil regimes in European History. (Warning: Mature Audiences Only.)

Complete History Of The Soviet Union, Arranged To The Melody Of Tetris

1914 - Sainsbury's Ad - Christmas 2014
A true sentimental moment during World War 1.
Add a photo to this gallery
Retrieved from "https://powerlisting.fandom.com/wiki/Archetype:Soldier?oldid=1727884"
Community content is available under CC-BY-SA unless otherwise noted.