Steve Rogers/Captain America (Marvel Comics) was enhanced by The Super Soldier Serum, which enhanced his physical attributes to superhuman levels where he can take on beings stronger than him.

The archetype of a super-soldier, a soldier/fighter capable of operating beyond normal human limits or abilities. Variation of Soldier, Artificially Enhanced Physiology, and Empowered Subject Physiology.

The user is a super-soldier, a soldier or fighter enhanced, scientifically and/or magically, beyond ordinary limitations for the purpose of combat or espionage. Super soldiers are often created by nations or very powerful independent heroes or villains, and their powers typically focus on combat. 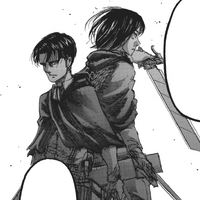 The Ackerman family (Attack on Titan) was modified to be super-soldiers in service to the Eldian Empire, possessing the Power of the Titans and the ability to call on the battle experience of past Ackermans. 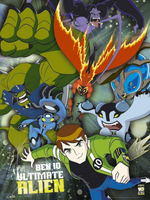 The Ultimate Alien Forms (Ben 10 Ultimate Alien) are super soldier counterparts of alien species who had been genetically altered by the Ultimatrix through survival of the fittest simulation, evolving them for combat. 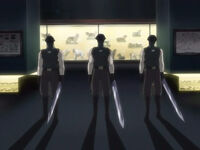 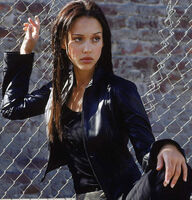 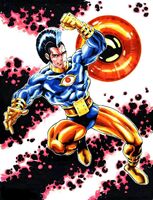 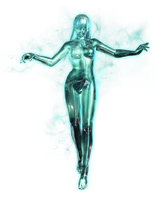 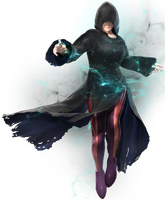 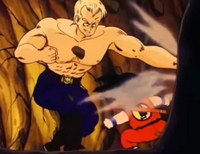 General Blue (Dragon Ball) is a super-soldier amongst the Red Ribbon Army, possessing psychic powers and the strength and combat skill to match and nearly defeat Goku.

Created from humans exposed to various strains of the Forced Evolutionary Virus, Super Mutants (Fallout) are far stronger and tougher than any ordinary human, but are also less intelligent, more agressive, and completely sterile. 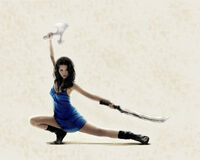 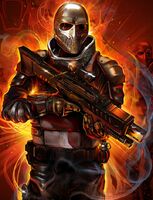 Spartan IIs (Halo) were elite and experimental Super Soldiers augmented to be far stronger, tougher, faster, & smarter than the average human, and were trained from age 6 and equipped with highly advanced MJOLNIR Power Armor. 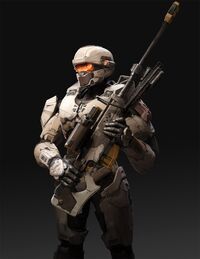 Grey Team (Halo) is one of the few Spartan II groups to have survived the devastating Covenant War. 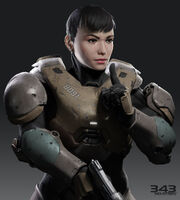 Sergeant Major Avery Junior Johnson (Halo) was a member of the ORION Project, the vastly inferior precursor to the Spartan II program.

Slade Wilson/Deathstroke (DC Comics) took the ACTH deriviative as part of US Army super soldier project, though the result severely effected his psychosis. 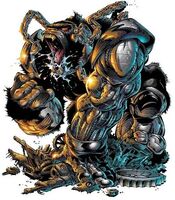 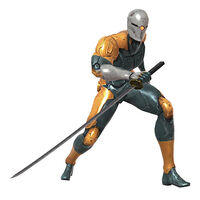 Johann Schmidt aka Red Skull (Marvel Cinematic Universe) after taking a prototype of the Super Soldier Serum gained enhanced abilities albeit at the cost of facial disfigurement. 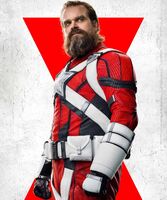 The 13th subject of the Weapon Plus program, Fantomex (Marvel Comics) is a Sentinel/Mutant hybrid that was created for the purpose of killing mutants. 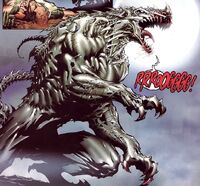 Solid, Liquid, and Solidus Snake (Metal Gear) are products of the Les Enfants Terribles project, meant to create clones of Big Boss, the greatest soldier of the 20th century. 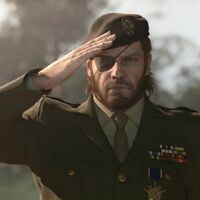 While not genetically augmented or enhanced, Big Boss (Metal Gear) was effectively a super-soldier, able to overcome various odds and defeat Metal Gears and products of actual super-soldier projects... 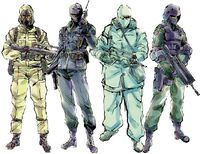 ...to the extent the Genome Soldiers of the Shadow Moses Incident were modified by his "soldier genes" to make them better soldiers...

...and it took Solid Snake, a product of the Les Enfants Terribles project who Big Boss himself personally trained, to get the better of him in a fight.

Albert Wesker (Resident Evil series) thanks to injecting himself with the prototype virus has turned himself into a super soldier.

Jill Valentine (Resident Evil 5) due to being captured by Wesker and immune to viruses due to the antibodies within her body, Jill was turned into a superhuman assassin after being infected with the P30 compund. 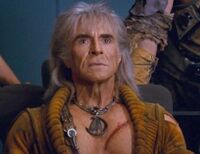 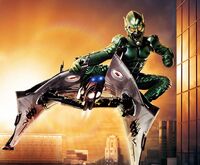 Norman Osborn (Spider-Man Film Series) tested the Goblin Formula developed by his company, which was specifically made to create Super Soldiers for the military. 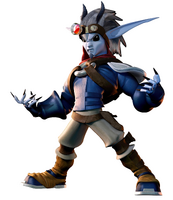 Cloud Strife (Final Fantasy VII) despite not making it to SOLDIER first class was enhanced by Dr. Hojo using Jenova cells and Mako energy turning him into a super solider. 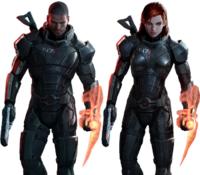 Even before being rebuilt as a cyborg by Cerberus, Commander Shepard (Mass Effect) was one of the best soldiers of the elite N7 program. 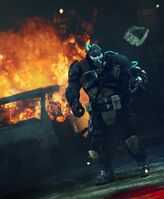 Kull Warriors (Stargate) are mindlessly-loyal, augmented and mass-cloned beings created by Anubis to replace the Jaffa as his footsoldiers. While practically unstoppable on the battlefield, their severe augmentations significantly limit their natural lifespan.

The original four members of Clone Force 99/The Bad Batch (Star Wars: The Clone Wars/The Bad Batch) were modified with each a unique ability. 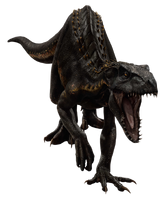 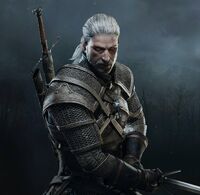 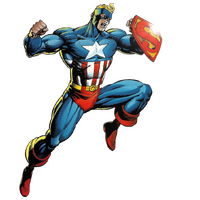 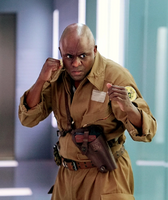 Tyson Sykes/Gravedigger (Arrowverse/Black Lightning), after being experimented by the U.S. military, became the first metahuman during World War II, in Earth Prime.

Compared to his siblings, Sanji (One Piece) was genetically modified by his given Raid Suit into a Super Soldier, enhancing his already superhuman physique to be far more powerful than the Germa's Super Soldiers.

The Spider-Man of Earth-1610 (Ultimate Marvel) is essentially a super-soldier, as his powers derive from a spider altered by OZ, Oscorp's attempt to recreate the Super-Soldier Serum. 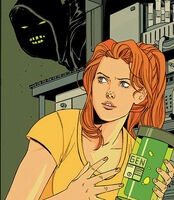 Mutagen (IDW's Teenage Mutant Ninja Turtles) was created as a super-soldier serum, and thus gives such properties to humans...

...such as bestowing Hun with his infamous strength and resilience.

PATRIOT LIEUTENANT THE LAST VIRGIN - SOCIETY OF VIRTUE
Anyone would arm themselves to protect their Country. Anyone would go to the other side of the world to fight and maybe die a horrible death, if that means preserving freedom on the Planet. But to inject a strange liquid into your body, that will make you all buffed, there are only two real reasons... lose your virginity or shoot another sequel to Wolverine.

Why the Null Arcs Are Criminally Underrated by Clone Wars Fans
Community content is available under CC-BY-SA unless otherwise noted.
Advertisement