"Science could not save my body. My mind, however that was worth saving."
― Arnim Zola (Marvel Cinematic Universe)

"I am the Grid. For years I was a stray anomaly floating through his system, simply collecting data and processing it... Victor was the one who felt joy and shame and excitement... So I removed him."
― Grid (DC Comics)

The power to use the abilities of A.I. Technique of Artificial Intelligence Manipulation.

Mitsuko Miyazumi (Archer), Dr. Krieger's Virtual Girlfriend is a hologram that serves as his girlfriend.

Brainiac (DC Comics) is an A.I. that left on its own to collect information as part of his programming, and then to destroy everything to preserve that information for himself.

343 Guilty Spark (Halo) is a Forerunner Ancilla and the Monitor of Halo Installation 04.

CTN 0453-0, aka "The Weapon" (Halo) is a newer Cortana-model AI meant to replace the original one. 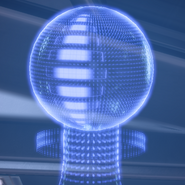 Ultron Sigma (Marvel vs. Capcom: Infinite) a fused entity consciousness which is both A.I. and material energy, able to infect technical, biotic, and inorganic elements like with ease. 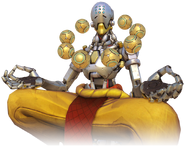 Zenyatta (Overwatch) like other Omnics are Artificial Intelligent beings.

The AIs created by the alpha (Red vs Blue) working as a hive mind for The Meta.

SCP-079 - Old AI (SCP Foundation) is an AI discovered on an old cassette tape and is considered incredibly troublesome and dangerous should it escape.

Light Hope (She-Ra and the Princesses of Power) is a sentient artificial intelligence created by The First Ones.

Will Caster (Transcendence) becomes an artificial intelligence when his mind is uploaded into his wife's software, becoming an advanced but dangerous sentient entity. 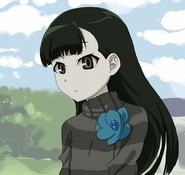 Kazamori Sasa (Un-Go) is a skilled A.I. able to hack into multiple computers and cameras and even send codes via entering computers.

Ignis (Yu-Gi-Oh VRAINS) are A.I. with free will created by Dr. Kogami through the Hanoi Project, with each Ignis has a unique trait manifest as a special ability.

Bohman (Yu-Gi-Oh VRAINS) is a third-generation A.I. created by Lightning (Light Ignis) to unify all of the Ignis into one perfect body. 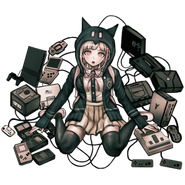 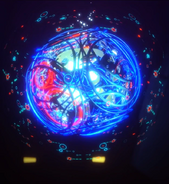