Spawn (Image Comics) was transformed into an ascended demon on par with God and Satan by the Mother of Existence, granting him nigh-unlimited magical power that allowed him to recreate the destroyed Earth and close it off from Heaven and Hell.

The user either is or can transform into an Ascended Transcendent Demon: a demon that has held various dark powers but ascended to wield pure holy powers. Strangely, users not only keep their power but still have access to demonic powers as well as angelic ones even though the user is not a full-fledged angel. 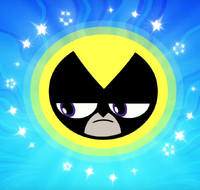 After she killed her father, Raven (DC Comics/Teen Titans Go!) ascended to become an Ascended Cambion Goddess for the purpose of not only balancing the universe, but to keep it safe.

The Legendary Dark Knight and the greatest swordsman in hell, Sparda (Devil May Cry) "awoke to justice" and defeated the demon emperor and former leader Mundus...

...and in doing so sealed him and hell along with its armies, all by his lonesome. In the end, he had sensed he had become far too powerful and sealed away his power and decided to protect humanity. 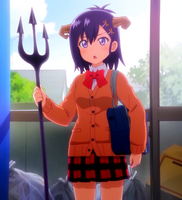 After coming to earth and meeting her friends, Vignette April Tsukinose (Gabriel Dropout) revealed her pure-heart and nice personality.

Yusuke Urameshi (Yu Yu Hakusho)
Add a photo to this gallery
Retrieved from "https://powerlisting.fandom.com/wiki/Ascended_Transcendent_Demon_Physiology?oldid=1739834"
Community content is available under CC-BY-SA unless otherwise noted.