The power to utilize astral magic. Form of Magic. Variation of Astral Manipulation.

The user is able to utilize magical power and/or spells related to the astral plane and its energies.

Doctor Fate (DC Comics) is skilled in utilizing his magics for astral projection. 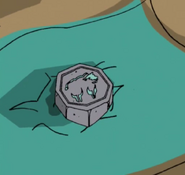 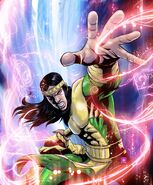 Raven (DC Comics)
Add a photo to this gallery
Retrieved from "https://powerlisting.fandom.com/wiki/Astral_Magic?oldid=1512228"
Community content is available under CC-BY-SA unless otherwise noted.